Windsor, Ontario is a great place to grab a craft beer. Because of this, it’s also a perfect spot to celebrate 2019 National Drink Beer Day on Saturday, September 28.

First, several local breweries raked in the awards a the 2019 Ontario Brewing Awards. In fact, there was one category in particular that the region stood out in. Local breweries took home the gold and bronze medals in the Pale Bitter European category, with Walkerville Brewery winning the category with their Purity Pilsener and Frank Brewing Company taking bronze with their No Nonsense.

Now, let’s take a look at how else you can celebrate 2019 National Drink Beer Day in Windsor, Ontario:

TAP TAKEOVER AT THE LOOSE GOOSE

Award winning brewery, The Grove Brew House, is making the trek into the city and taking over the taps at The Loose Goose in downtown Windsor. The takeover begins at 7:00pm on Friday, September 27.

Sandwich Brewing Company just recently launched their Bogan Poetry, a hazy IPA with a restrained initial bitterness. The brew is dry hopped with Galaxy hops from Australia which play with the Vermont yeast esters to give notes of passion fruit, mango and candy on both nose & palate.

The hop/malt interaction creates an impression of sweetness which slowly relents to a pleasantly bitter finish.

A post shared by GL Heritage Brewing Company (@glheritagebrewingco) on Sep 20, 2019 at 9:09am PDT

A new seasonal release has hit the taps at GL Heritage Brewing Company: the Cherry Pickin’ Wheat Beer. This brew style is new to their lineup and is lightly hopped. It’s made with mouth-watering sour cherries sourced from a local orchard and goes down very smooth and delightful.

Chapter Two Brewing still has some of their Lemon Drop Saison available on tap. This incredibly refreshing beer is dry with a hint of lemon from the late addition Lemon Drop hops.

Walkerville Brewery will be offering some great beer specials all day on Saturday with specials on pints, stubbies and growlers.

Yes, summer is officially over, but have you taken a look at the weather forecast? Hot and sunny! So, savour the last sips of summer with Motor Craft Ales‘ Cuban Chrome. This mint/lime Belgian wit has classic characteristics: medium fruitiness with slight spiciness and a soft, smooth malt.

Flavours and aromas of mint and lemon lime mingle with the wit and saison yeast character. Using fresh mint from their patio, muddled with lime zest, makes this a refreshing mojito like beer.

PUMPIN’ PUMPKIN IS BACK AT CRAFT HEADS

It’s that time of the year where people flock to everything pumpkin! This means pumpkin spice beers are back, too! Enjoy what some call “pumpkin pie in a glass”. This Craft Heads Brewing Company beer is injected with loads of flavourful spices and a hint of vanilla.

Available in pints, growlers and bottles in the taproom.

Frank Brewing Company now has their Hibiscus Kettle Sour available in cans. The brewery used hibiscus petals and dried rose hips to create a brew full of soft floral flavour, aroma, and a kick of sour. 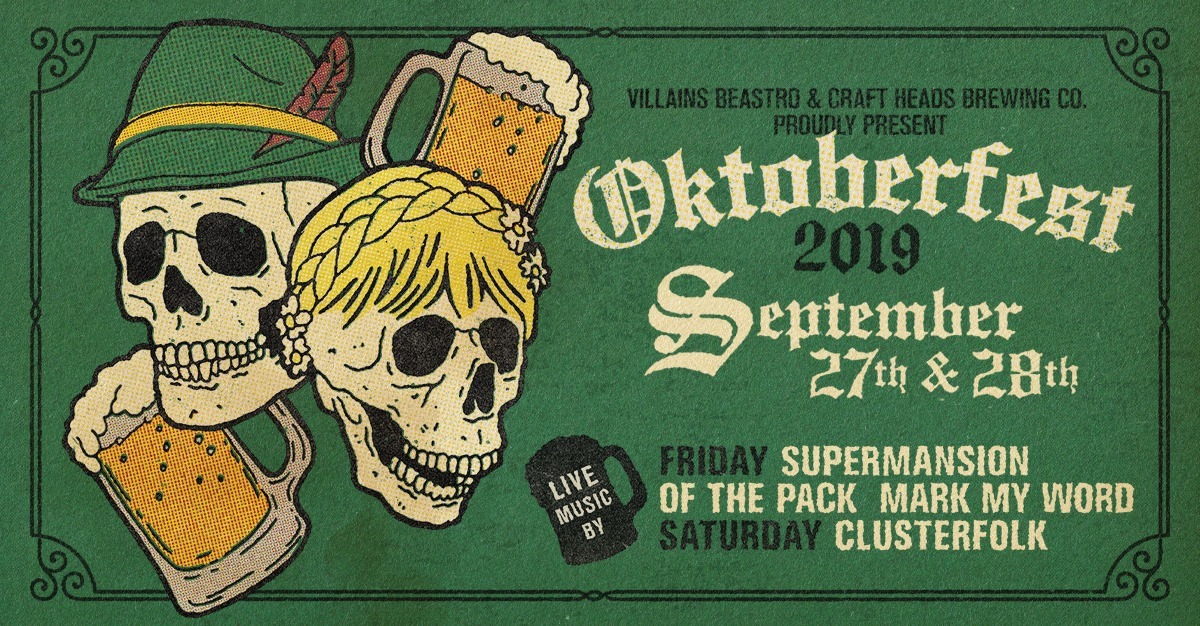 A part of Pelissier in downtown Windsor will be shutting down this weekend to celebrate Downtown Oktoberfest! On September 27-28, the street will be transformed into an outdoor Biergarten filled with steins, lederhosen/dirndl, sausages and live music filling the air.

Cost is $5 each night or, if you’re wearing Lederhosen/Dirndl, you are in for free!

While the Windsor Craft Beer Festival doesn’t take place on National Drink Beer Day, you can buy your tickets for it to ensure you get in. Taking place on October 18-19, 2019, the festival has grown to be the best and largest craft beer festival in the region. A combination of a grassy and treed historic location, a lovely ambience, entertainment immersed directly into the crowd and, of course, great beers.

Tickets are $27 in advance online. If you try your luck and any tickets are still available once the festival starts, they are $50 cash at the gate.