These Are The 9 Most Iconic Foods of Windsor, Ontario

WindsorEats went on a search for Windsor, Ontario’s most iconic foods and after putting out a public call, we finally have an official answer.

We’ve tallied hundreds of votes, consulted self proclaimed foodies from every corner of our city, and spent dozens of minutes crunching the data to provide you with the 9 most iconic Windsor foods. In a city with so much diversity and amazing restaurants, it wasn’t easy, but the people have spoken.

Here are Windsor’s 9 most iconic foods:

If you grew up around Tecumseh, Ontario or you’re a fan of delicious commodity based summer festivals, then you must absolutely be familiar with the Tecumseh Corn Festival. It’s pretty much a love letter to what may be the sweetest, juiciest, and most iconic corn in all of Ontario.

From popped to on the cob and everything in between, sweet corn is an iconic summer staple at every backyard BBQ, and for good reason. Produce like what’s grown right here in Essex County is in and of itself a reason to celebrate.

There is a heated debate over what is the right seasoning mix, the butter to salt ratio, and of course whether or not you detassle a little when you buy it to give it a quick look, or you take a random selection and hope for the best. We may not ever find common ground on the best way to prepare this glorious golden log of deliciousness, but we can all agree that it’s the closest that vegetables can get to being candy.

There are two favourite spots we like to load up on some of that sweetness at.  First, Lafferty’s corn is almost everyone’s go-to. Once the crop is ready, they have stands across the Windsor-Essex region you can easily pick some cobs up at, including their main one at the intersection of Highway 3 and Sexton Side Rd.

The second is Merritt’s Corn Stand. It’s located at the intersection of Highway 3 and County Rd. 27, just outside of Essex, Ontario. Not only can you pick up some fresh picked corn as well as other produce, they’ll boil you up some corn on the spot and butter it up for you. 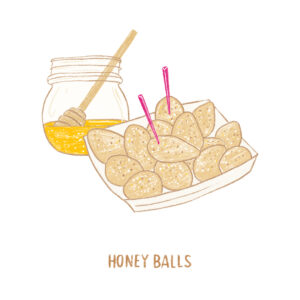 Yet another deliciously iconic item that is only available during a short period of time. When the popular Carrousel of Nations festival takes place each June, the talk of the town is always about getting your hands on the honey balls at the Greek Nation celebrations.

These hot pieces of fried sweet dough are doused in a honey sauce and served warm. 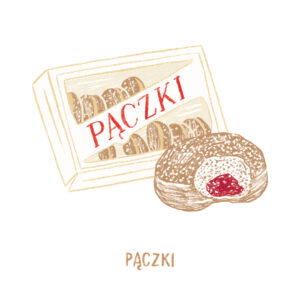 Chaos ensues every Fat Tuesday as scores of people lineup in the streets at bakeries across Windsor-Essex just to get their hands on these Polish goodies. Paczki are really only talked about in the Midwest, mostly in Windsor, Detroit and Chicago. They’re usually not available year-round so be sure to get them when they are in February.

One of the most iconic Windsor spots to order your paczki from is Blak’s Bakery, which has been around for over 100 years.

6. DID SOMEBODY SAY SAUSAGES? 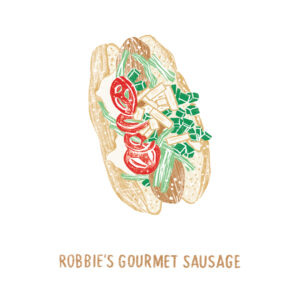 When you have a national award winning sausage maker always busting out new, never seen before flavours of sausage, a reputation quickly builds. There were many different styles of Robbie’s Gourmet Sausage Co. voted for by the public, which shows why people drive from as far as 3 hours away to Windsor just to get these sausages.

Some fan favourites are the Drunken Blueberry, Philly Cheesesteak and his Chorizo, which was named best in Canada. They even has sausages stuffed with Mac n Cheese!

5. FRESH FROM THE LAKE 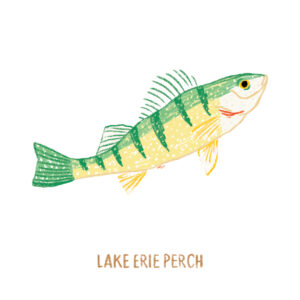 Imagine this: You pull up to the wharf, it’s clear day and the family-owned fishing boats bob in the water, heavy with the days catch. The sound of seagulls grows to a roar and you realize you’re overlooking a fleet of commercial fishing ships, and that you’re 40 minutes away from the city, not in a small seaside painting that Aunt Karen did at wine and paint night.

We are so fortunate to be so close to the largest fresh water commercial fishery in the world in Wheatley, Ontario. The catch of the day, that tender, flaky, mild tasting white perch, is served up in a million different ways and inspired by so many cultures.

A great place to enjoy some fresh Lake Erie perch is at Birdie’s Perch, a restaurant built within a double decker bus located just outside Point Pelee National Park in Leamington, Ontario. Jack’s Gastropub in Kingsville is another great spot.

If you’re looking for fresh perch from Lake Erie without driving out to the county, head to the Downtown Windsor Farmers Market and get your hands on some.

4. A QUICK FEAST FROM THE MIDDLE EAST 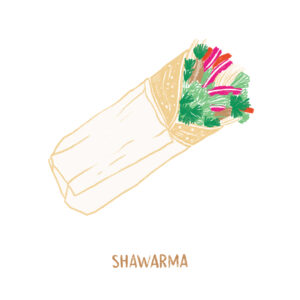 Part of Windsor’s draw as a culinary hot spot is it’s diversity and multiculturalism. As a result, some classic street food from other cultures build their way into the everyday lexicon of the locals.

With such a large Middle Eastern popular in the city, it shouldn’t be a surprise how popular it is. Beef, chicken, both, neither, pickled veggies, and that white garlic sauce that could literally make a pile of lawn trimmings delicious. Together it’s one of the most satisfying soul food meals you will ever encounter. And oh yah, it’s totally portable. 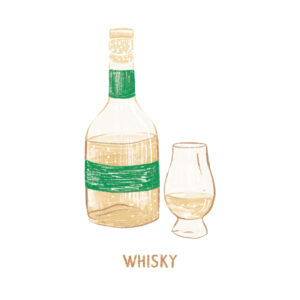 Home to a distillery that is regularly named best in Canada? ✔️ Check!

There’s good reason Windsor, Ontario is known as Whiskytown Canada and that we’re known globally for our whisky. From tales of Al Capone to the reason Ford of Canada started in Windsor, it’s all because of whisky. There’s also still a lot to do in the area because of whisky, including the award winning Drinks of Walkerville tour and the Whiskytown Festival. Craft distillery, Wolfhead Distillery, is also building a great reputation with their golden nectar of the gods.

If you like your whisky in cocktail form, there are some great spots around the city to imbibe, including The Blind Owl and Maiden Lane Wine & Spirits, both located in downtown Windsor. 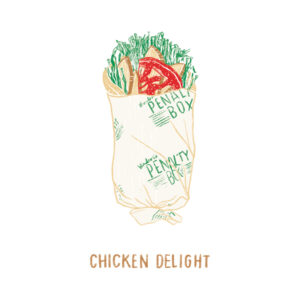 Few combinations of things exist as perfect as Greek spice infused chicken, mayonnaise, parsley, and whatever other toppings you feel the need to get all over your shirt next Thursday night, all nestled in a perfect cloud of pita.

People voted in big numbers for this Penalty Box classic. The restaurant serves over 4,000 Chicken Delights each and every week. That’s over 5 million since 1992 which goes to show Windsorites sure do love their Chicken Delight.

1. WHEN THE MOON HITS YOUR EYE LIKE A BIG PIZZA PIE… 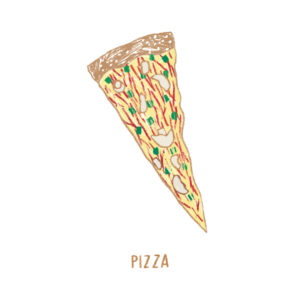 Was there every really any doubt? The overwhelming favourite, Windsor-style pizza, lands at the top of the list.

When your pizza makers are constantly placing in “Best in the World” competitions and having pizzas shipped across the country, it’s easy to know why.

There’s a lot of debate about what makes Windsor-style pizza “Windsor pizza”. There’s no doubt the shredded pepperoni, which helps achieve maximum pepperoni with each bite, is part of the equation. The crust is also a big part of it. It’s not too thin and not too thick, falling into that Goldilocks area of being just right. Then, of course, there’s the fact that just about all the iconic Windsor pizza makers use locally made Galati Cheese. Whatever it is that makes it, almost everyone agrees the classic Windsor pie is topped with pepperoni, green peppers and canned mushrooms.

Some of those iconic pizza joints are places like Armando’s, Antonino’s, Arcata and others that don’t begin with the letter “A” like Capri and Riviera.

The only questions left is where are you getting yours?

LOVE THESE ICONIC FOODS? GET A PRINT!

Did you like the images of each iconic Windsor food as much as we do? If so, prints and more are available in our shop and would make a great gift for any foodie. We worked with local artist Julia Hall to bring these iconic foods to life.