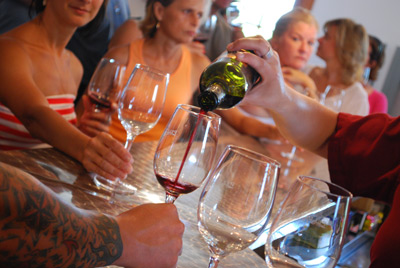 While there has been much talk about the great strides the Lake Erie North Shore wineries have made locally in the last few years, WindsorEats has wondered how others outside our region view our progress.

Keeping an eye on what other cities, counties, regions are doing is never a bad thing.  It keeps us on our toes and gives a glimpse in what is working in other areas and helps us to develop our own region into a creative, unique, culturally vibrant community.

So what do others outside our region think about our developing wine region?  How does a restaurant decide what wines go on their wine lists?  What advice do they have for our region’s blossoming wine industry?  WindsorEats had the opportunity to discuss the issue with 2 prominent and well respected sommeliers to get their perspective.

Corey Ladouceur was the resident Sommelier and Restaurants Operations Manager at the Granite Club in Toronto for the past three years before recently taking the position of Food and Beverage Manager/Sommelier at The Spoke Club, which is a private membership club in downtown Toronto with a strong food and beverage focus. A graduate with top honours from the International Sommelier Guild, Corey’s passion for wine has extended to his recent achievement of the Court of Master Sommelier’s Advanced Certificate.  This title has been given to only 7 Canadians thus far. He continues his pursuit of education for the Master Sommelier designation which he has been invited to sit in July.

Oh yeah, did we mention he’s originally from Windsor? Corey believes our Lake Erie North Shore (LENS) wine region needs to do more to get its name recognized in the Greater Toronto Area and the rest of Ontario. 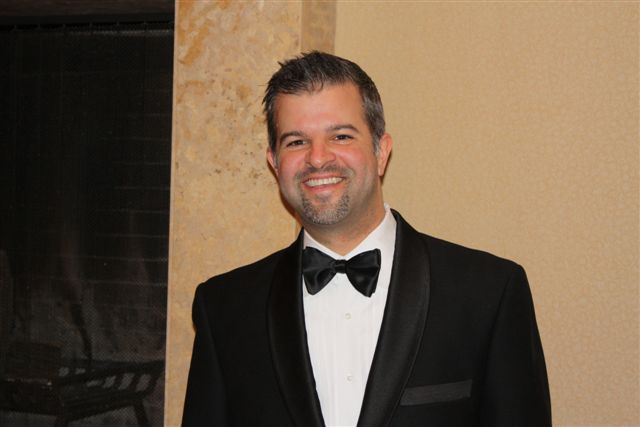 “The premium or mid range offerings are rare to encounter on any lists,” Corey says. “As for the rest of Ontario, the representation is limited.”

He states that he and a few of his colleagues in the wine profession from Essex County have the most exposure with wines from the area.

“We are familiar with the wineries and their portfolios, but the majority are not,” he states. “I think this limits the ability of the LENS wines to be tasted and experienced by those that are doing the purchasing for lists and establishments.”

He also mentions that he currently meets with only two LENS winery representatives on a regular basis and these are the two wineries that get his business.

The success of the smaller boutique wineries in Niagara and Prince Edward County are the most influential focus at the moment with consumers and sommeliers.

“LENS is made up of small boutique wineries, for the most part, and they should be capitalizing on that and push it forward,” Corey mentions. “Many offer too many varietals that are unpopular in our marketplace or may not be best suited to our soils and climate.”

He thinks the wineries should focus on something that they can do exceptionally well and make it known to everyone. He goes on to say that when he thinks of LENS wines he can’t put his finger on one varietal or style that makes him associate it with the region as a whole.

“When I think of Beamsville Bench, I think of the purity of dry Riesling for example.” 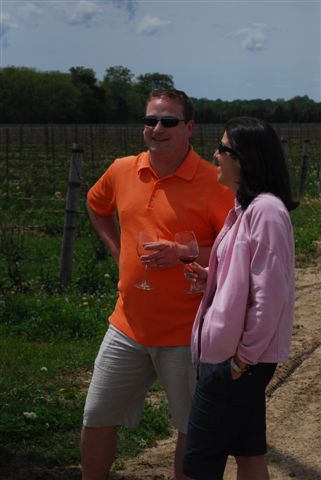 Corey is of the belief that because of our warmer climate in Windsor-Essex, compared to the rest of Ontario, red wines are a stronger suit for LENS. He says that Cabernet Franc, when yields and attention to detail in the winery are adhered to, could lead the charge and truly help make a name for the wine region.

“Merlot is also a good candidate for some single varietal or meritage blends from the area. Some interesting and well made Pinot Noirs have surfaced lately that have been well made also. I would like to see some more Stelvin closures for LENS wines in the near future.”

Stelvin closure is the most commonly used brand of screw cap for wines. They eliminate TCA or what most people know as ‘cork taint’. Findings show that wineries claim that 4-5% of all their wines are tainted, if not more. Other benefits of switching over to Stelvin closures is that they are much better at preserving the qualities, bouquet and fragrances of the wine. 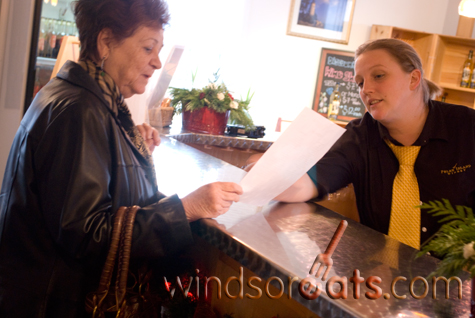 One obstacle that Corey feels is the biggest downfall is the lack of exposure and representation. Zoltan Szabo agrees.

“I am not as familiar with LENS as, let’s say, with the Niagara Peninsula, but I have been in the region many, at least a dozen of times in the past 3 – 4 years and I truly enjoyed each and every visit,” he states.

Zoltan is a Toronto-based Sommelier, wine consultant and educator.  He has been featured on Toronto’s CityTV, Fairchild Television and The Food Network, and has also appeared on CBC’s highly successful documentary, “Wine Confidential”. Zoltan has created and oversees many award winning wine programs for some of the finest restaurants in Toronto and abroad, garnering him accolades from the local and international media. As a member of the Wine Writers’ Circle of Canada, he contributes articles and tasting notes to a variety of prominent publications and organizations.

“I am a fan of LENS wines and I think that there is premium quality wine produced, extremely talented and passionate winemakers making some excellent wines.” Zoltan states.

While Zoltan is a fan LENS wines, he believes the region is still somewhat underrated and has its work cut out for it to gain recognition in Greater Toronto. With Niagara and even Prince Edward County so close, they provide convenience for GTA wine drinkers.

“Even the fact that there are more wine related activities, events and such going on in those two regions right now, compared to LENS,” he says. 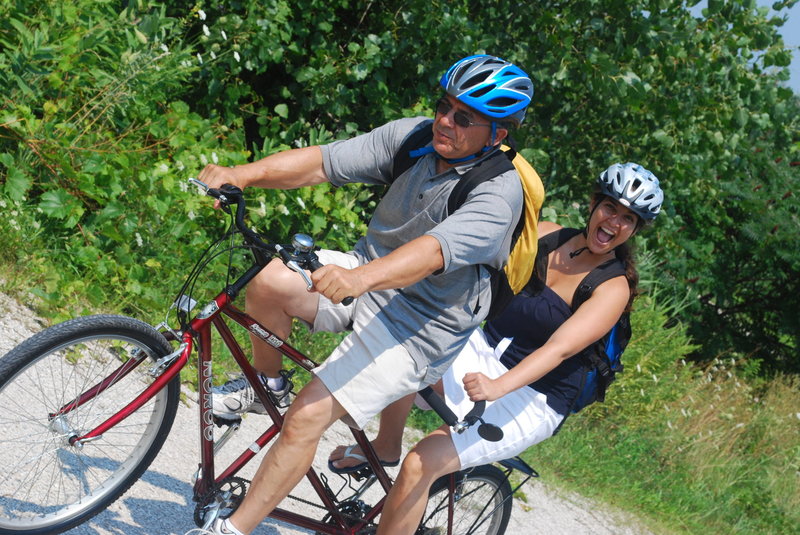 Corey believes that it cannot just be the wineries that will help the LENS wine region flourish.  He insists that the region must have “a strong support system of other resources for tourists and visitors to rely on” for it to really burgeon.

“Such things as boutique lodging, quaint and local wine focused dining in the county, and letting people know that they can visit the area and have something else to do.”

WindsorEats is of that same mindset which is why we are consistently creating unique events like our provincial and national award winning Wine Trail Rides, cycling tours to LENS wineries.

Both Corey and Zoltan are of the belief that team work can help the region.

“It’s not about competition, but rather working together and collaborating” says Zoltan. “Perhaps point out the similarities and differences about the regions and emphasizing the unique aspects of LENS, those being nature, climatic conditions, fauna, fishing and more.”

There also remains another issue that Corey believes leaves the image of LENS wineries to be deemed ‘cheap’ or lower quality.

“One thing that has been an issue that I think of as important is the quality of the packaging that is lacking with many LENS wines. As many people are shopping by the label alone, it seems that this has been an afterthought for some producers.”

He says that others have changed their label or brand too often and it is harder for a customer to recognize their favourite wine on a shelf if there has been drastic changes to the labeling.

“I feel that there have been small steps to improve the region, but in terms of letting the consumer know I feel that we are far behind the others in terms of where we should be,” says Corey.

But all is not lost.

“It is nice to see the newer wineries picking up some awards and to know that their efforts are being recognized by their peers” says Corey. “I truly believe we can make world class wines if all the elements are working together. Focus on what you do best and not try to be everything to everyone.”

What are your thoughts and opinions? Leave a comment!