WindsorEats and YQG Made are collaborating to host a mini Local Makers Night Market. The event will feature several makers, food from Rico Taco, beverages and cocktails by WindsorEats and several local and Ontario made craft beers.

The market is free to attend and runs from 5pm to midnight and takes place at 400 Erie St. E. in Windsor, Ontario.

Lets get lit! Each and every Friday night, WindsorEats leads a massive group of cyclists out on the town with their bikes all decorated in a bright array of colours.

Riders will meeting up at 7:30pm at WindsorEats. The ride departs at 8:00pm. Cost is $6 per person if registered in advance. $10 cash at the ride. Rental bikes can be booked here: http://bit.ly/2KGGzI8

Simply put, Friday Night Lights is a pub and grub crawl on two wheels throughout the city of Windsor. the route is always a secret and the stops change each week. There aren’t many rides left for this season so come on our and have a blast with us!

The Uncommon Festival in Amherstburg begins and runs from September 16-18!

You’re encourage to visit dressed in your favourite wizardry or steampunk cosplay and enjoy the Amherstburg Uncommon Festival.

Amherstburg Uncommon is filled with so many sights to see and so many things to do. Events consist of scavenger hunts, axe throwing, falconry, street buskers and more. 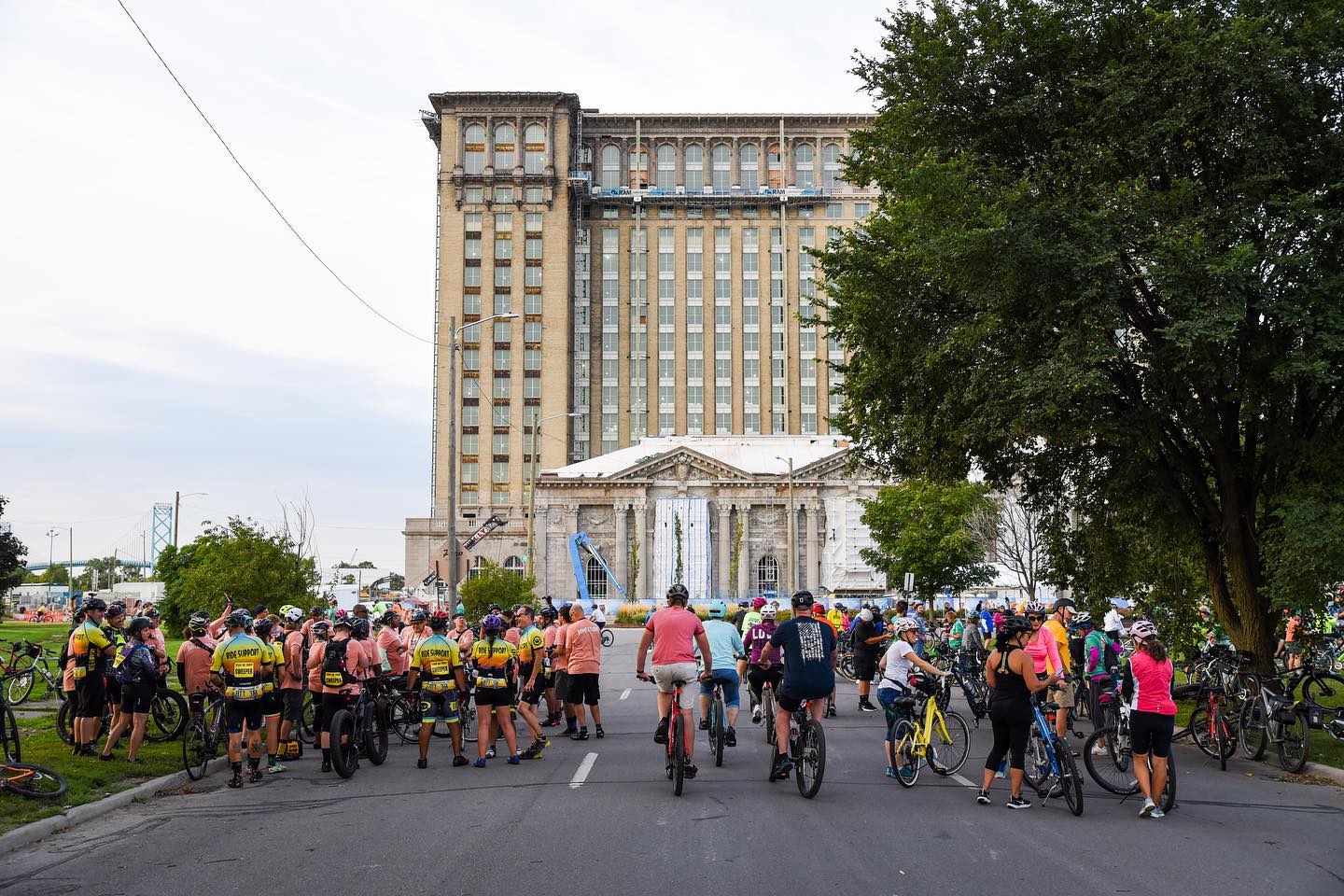 Adriano is heading to Detroit to join our friends for the Tour de Troit and wants you to come with him!

The ride will go through some of the Detroit’s historic areas, explore street art projects and take in its fabulous architecture. The ride provides bicyclists a unique opportunity ride the streets of Detroit in the Michigan’s largest bike ride.

Tour de Troit is a leisurely ride of approximately 25.6 miles with police escort; sweeper- and SAG-support; Medic Support; and one rest stop that includes a snack and mechanical support. The main ride will take off at 9 a.m.

The festival will take place at Central Park Athletics September 17-18 and provides the opportunity for families to enjoy a two-day weekend of fun for only $5 per person (children under 2-free). Everyone receives a wristband so they can return on Sunday.

Stage shows, bouncy castles, special activities and the opportunity to meet many of your children’s favourite characters are all included in the ticket price. Food is available on-site s and the vendors that attend the event are child focused.

All proceeds raised by Childrens Fest directly support LOCAL charities such as BANA and Rotary Club of Windsor 1918 charities.

Rebecca Reeds is a stand-up comedian and writer from small-town Ontario. She began performing in Ottawa and has quickly become a comedian to watch out for. She’s performed in the United Kingdom, the United States, and all over Canada. She has opened for several distinguished comedians like Beth Stelling, Jim Norton and Tom Green.

Rebecca has appeared on CBC, SiriusXM, and CBC Comedy where her clip was viewed more than 2 million times. In addition to her appearances on radio and television, Rebecca has performed at several festivals across the country including New Faces Just For Laughs, Toronto’s JFL42, Winnipeg Comedy Festival, NXNE, and the Cottage Country Comedy Festival.

In October 2018, The Villain Was Right premiered on the From Superheroes Podcast Network. Along with co-host comedian Craig Fay, Rebecca views movies and TV shows from the villain’s perspective and dares to ask if they were all that bad. The VWR podcast won Outstanding Debut for a Series at the Canadian Podcast Awards.

Tickets are $15 and can be purchased here: https://www.eventbrite.ca/e/brewing-for-comedy-proshow-featuring-rebecca-reeds-tickets-409613082757

One of the City of Windsor’s most loved free events sees an 8bkilometre route along Sandwich Street, Riverside Drive West, University Avenue, Wyandotte Street East and Drouillard Road temporarily opened to people but closed to cars.

Thousands of people will take to the streets and enjoy the several community hubs and activities set up along the route.

Open Streets Windsor runs from 10am to 2pm.