The Grove Brewing Company Is Expanding And Making A Big Move

Those are the three words that will best be able to describe the new home that The Grove Brewing Company is planning on moving into in the Spring of 2022.

The Kingsville, Ontario, brewery, winner of provincial and national brewing awards, will be moving their entire operations from their current 1800sqft space in the town’s downtown core to a huge 9000sqft facility steps from the Kingsville ferry dock, directly off the Chrysler Greenway. They’ll immediately be doubling their production capacity with the potential to triple it further down the road.

The new digs is going to combine their entire brewing, production, retail operations. In fact, it will double their production capabilities, which will help them keep on top of their growing beer sales throughout Ontario. The growth in brewing capacity allows the brew house an opportunity to be more efficient in their daily execution, opening up the possibility of more collaborative opportunities with other local breweries and businesses.

A post shared by The Grove Brew House (@grovebrew)

If you happened to catch a glimpse of the façade of the new facility recently, you might have been impressed. To emphasize the importance of keeping the Kingsville community’s story interwoven with the brand, the ownership group hired local street artist, DERKZ, to memorialize legendary local stories that are told through The Grove Brewing Company’s beers.

Let’s dive into the meaning of the three characters on the mural: 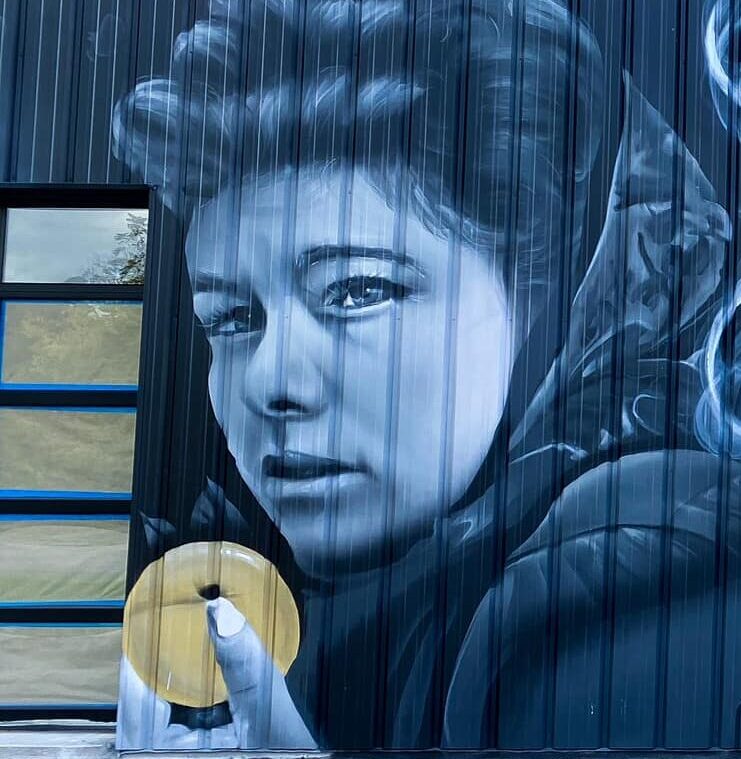 During the labour shortage throughout WWII, young women across Ontario flocked to work on farms to help sustain the Canadian agriculture industry. Groups of “Farmerettes” maintained over 100 crop fields, including numerous peach orchards in Kingsville. Farmerettes spoke of basking in the Essex County sun together as new friendships unfolded. This is why their Peach Kettle Sour was named after those hard working women. 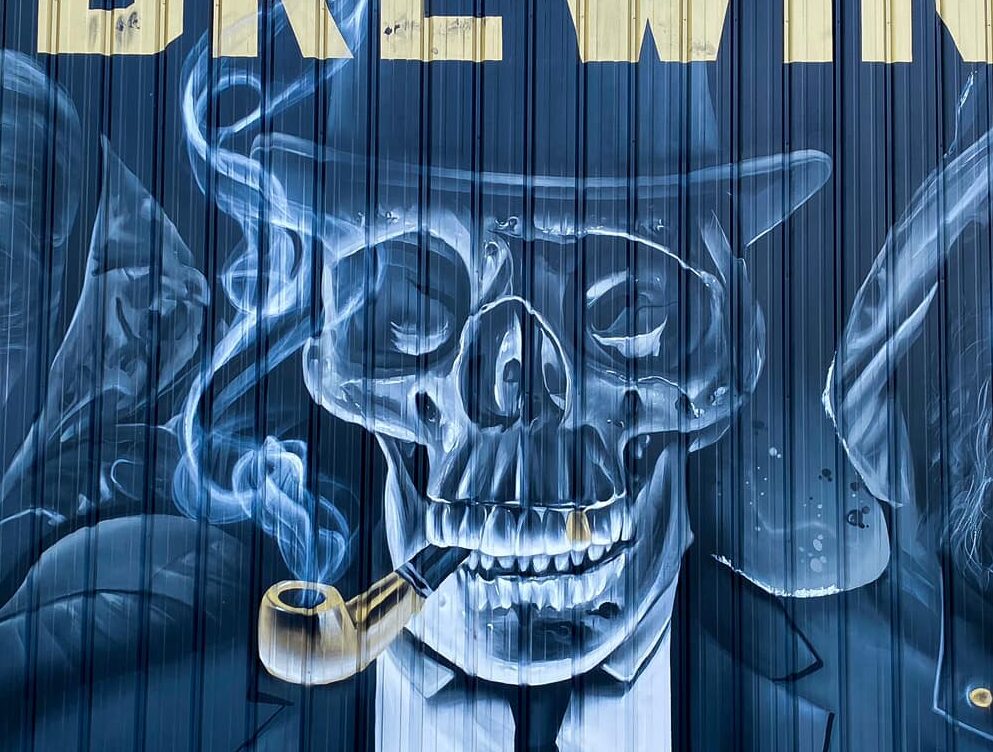 Ruthless and relentless, the young ruffians of Clubhouse No. 2 certainly paint a more ominous picture of Kingsville. Although robberies and arson were common among the group, these boys were notorious for digging up graves. They dressed skeletons in full suits and displayed them outside the clubhouse to deter visitors. The blackness of their souls is reflected in the pitch black oatmeal stout The Grove has crafted to acknowledge that every history has a dark side.

If you know Kingsville, you know George. Haunting the King’s Hotel since the mid-1800s, the spirit of the sea captain has been a staple in local folklore. The brewery named their Hefeweizen after George the Ghost as it’s appearance is as hazy as the figure himself.

If this has piqued your interest in these three or any other of The Grove’s beers, they offer delivery across Ontario.