Enjoy A Dram of These Whiskies Made in Whiskytown Canada

Known for so long as the Automotive Capital of Canada, Windsor, Ontario has been quietly getting recognized the world over for something else: whisky.

With Kentucky known as the US mecca for the golden nectar, Windsor is making its claim as Whiskytown Canada, and with good reason.

Being the birthplace of Canadian Club whisky, the rum running history that includes characters such as Al Capone, having some great award winning tours to enjoy and being home to North America’s largest distillery (take that, Kentucky!), it’s plain to see why whisky lovers are starting to look Windsor’s way for a dram to enjoy.

Here are five great whiskies made in Whiskytown Canada to include in your collection. 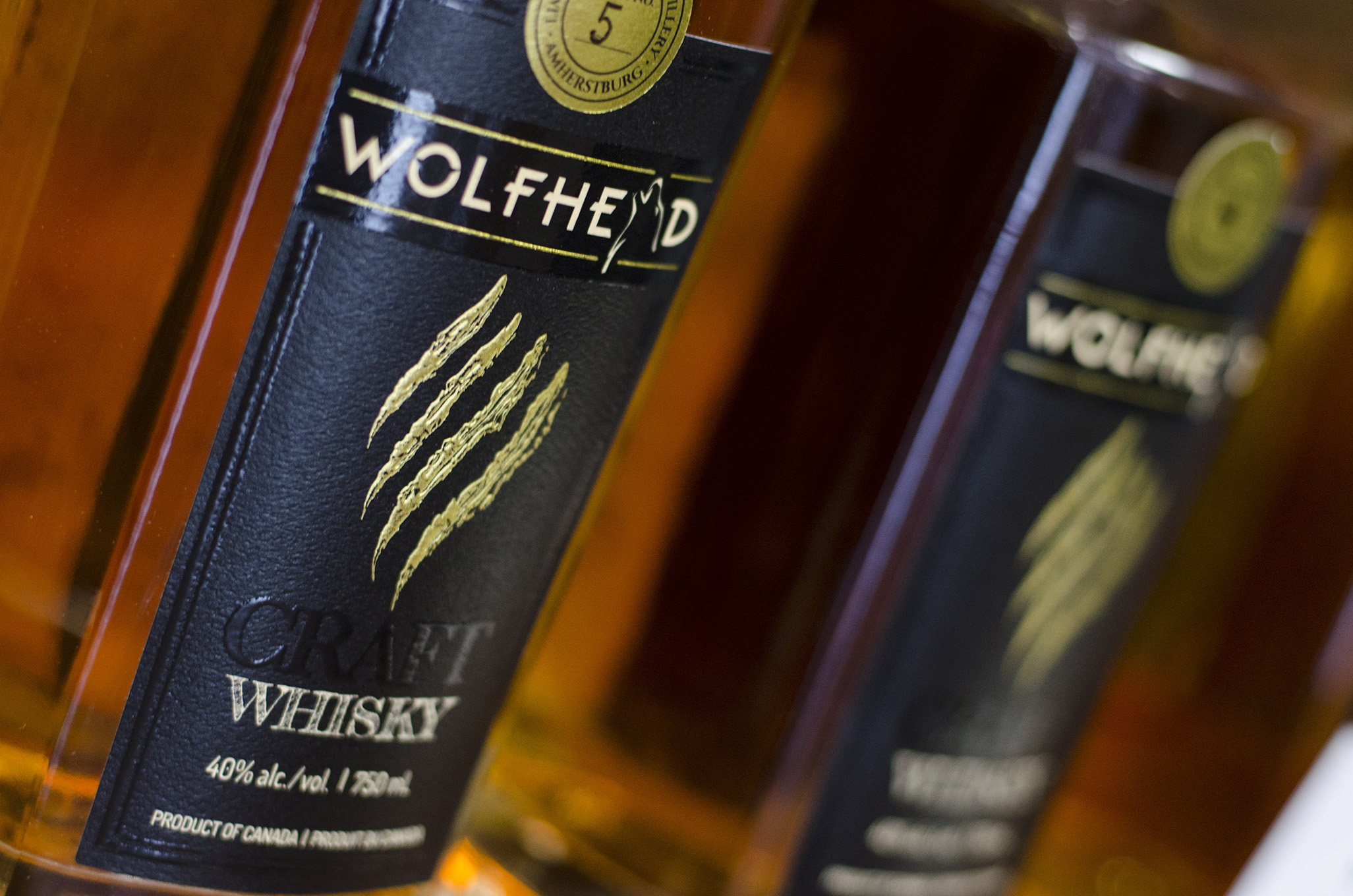 Wolfhead Distillery the regions first modern craft distillery when they opened their doors in 2016. The Wolfhead Premium whisky is their flagship product.

The taste is round and deep with oaked vanilla and sweet toffee up front and some underlying rye spice. It then finishes with spice and a little peppery heat for a clean, crisp finale.

Over the last couple years, Canadian Club has been releasing some special bottles under their Chronicles series. It started with a 40 year old whisky, then a 41 year old. Now the 42 year old is the latest and rarest offering in the historic Chronicles series. It is the oldest bottling of Canadian whisky currently available. Aged 42 years in oak barrels, it’s silky smooth with complex aromas of dill, caramel and chocolate followed by rich notes of spice, sweet fruit and sandalwood. Savour every sip neat.

Lot 40 has always been a hit to guests on the Drinks of Walkerville tour that explores Whiskytown Canada. Over the last couple years, North America’s largest distillery (and the home to JP Wiser’s) has been releasing special Cask Strength editions of the rye based whisky.

As always, Lot 40 is made from 100% rye grain and aged in new oak barrels. This year’s Cask Strength release was initially aged in new American Oak barrels, with 75% of the whisky then finished in new French Oak barrels. This helps bring depth and complexity to the whisky. It also provides it with notes of apple and honey. This is in addition to the characteristic rye spice and dried fruit notes that Lot 40 is known for.

Aged 18 years, the whisky is a deep amber colour with vanilla and dried apricot aromas. It offers a smooth and mellow palate with a warm finish. 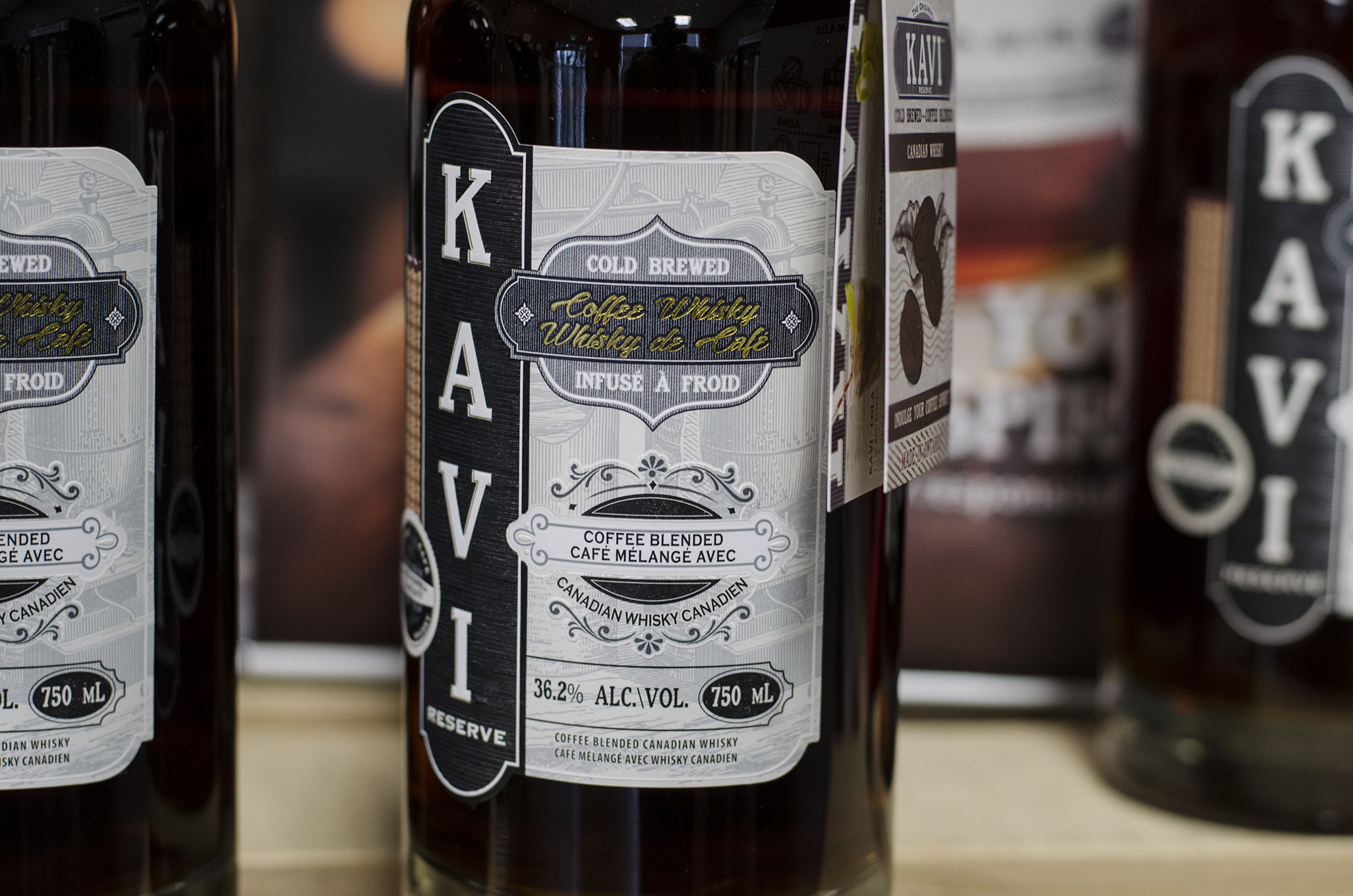 Kavi Reserve is a beautiful blend of cold brew coffee and Canadian whisky. The perfectly blend took two years to perfect, using locally roasted coffee beans. The coffee and whisky are made specifically to compliment each other and are blended in barrels for a smooth mellow finish. Perfect for sipping on the deck in the morning or after dinner.