There Ain’t No Party Like A Filipino Boodle Fight Party

There’s a Filipino culinary tradition that’s sweeping through town that would be remiss of us not to talk about: the Boodle Fight.

Windsor restaurant, Tropical Hut, is bringing the tradition to the region and we’re absolutely loving it. So, what exactly is a Boodle Fight? It’s a huge feast where people get together and eat as one with their hands.

SO WHERE DID IT ORIGINATE?

Let’s start with the Filipino military (not where you thought a culinary tradition would start, is it?). Boodle Fights have their origins from their mess halls. Huge piles of food would be thrown onto an extremely long table in the hall. Soldiers would then gather around the table and eat together as a show of equality and being one unit.

How did it get its name? Let’s start with the word, Boodle. There are a couple beliefs at play here. First is that the term “boodle” is thought to be American military slang for contraband sweets.  Second is the fact that there’s so much food heaped onto the long table that the word boodle may have came from the phrase, “the whole kit and caboodle”.

As for “fight”, it’s believed to be in reference to this brotherhood of soldiers snatching and devouring as much of the food as they can before the other soldiers do.

Put the two together and you’ve got yourself a Boodle Fight. 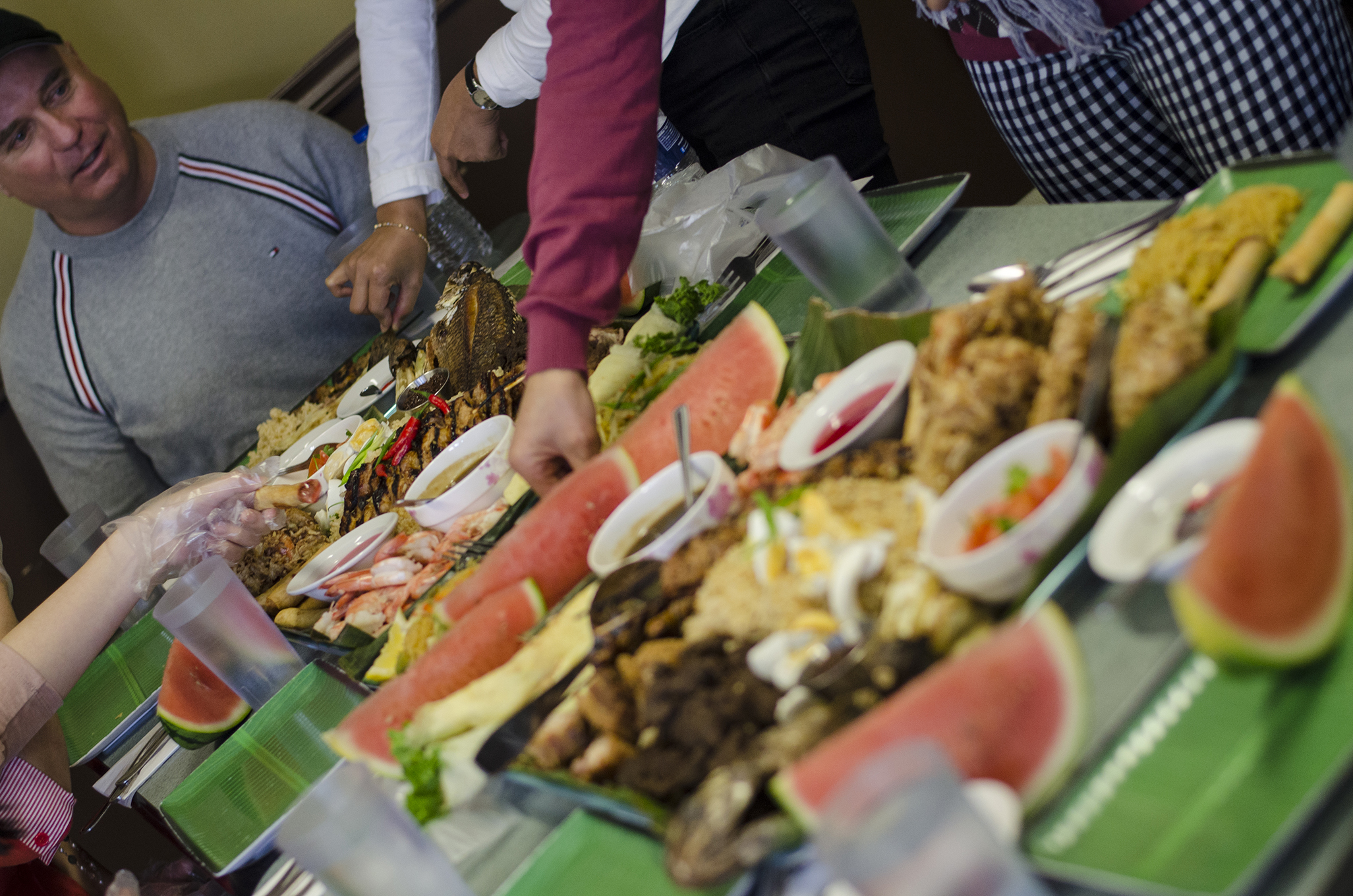 When it comes to ordering, there’s so much food you’ll need to book your Boodle Fight at least one day in advance with a minimum of 4 people at $25 per person.