The Whisky Chef has returned.

More than 16 years after getting his first bartender job slinging drinks to Windsor’s university crowd, Matt Jones, also known as the Whisky Chef, returned to Windsor earlier this month in a different position: Brand Ambassador for Jim Beam. 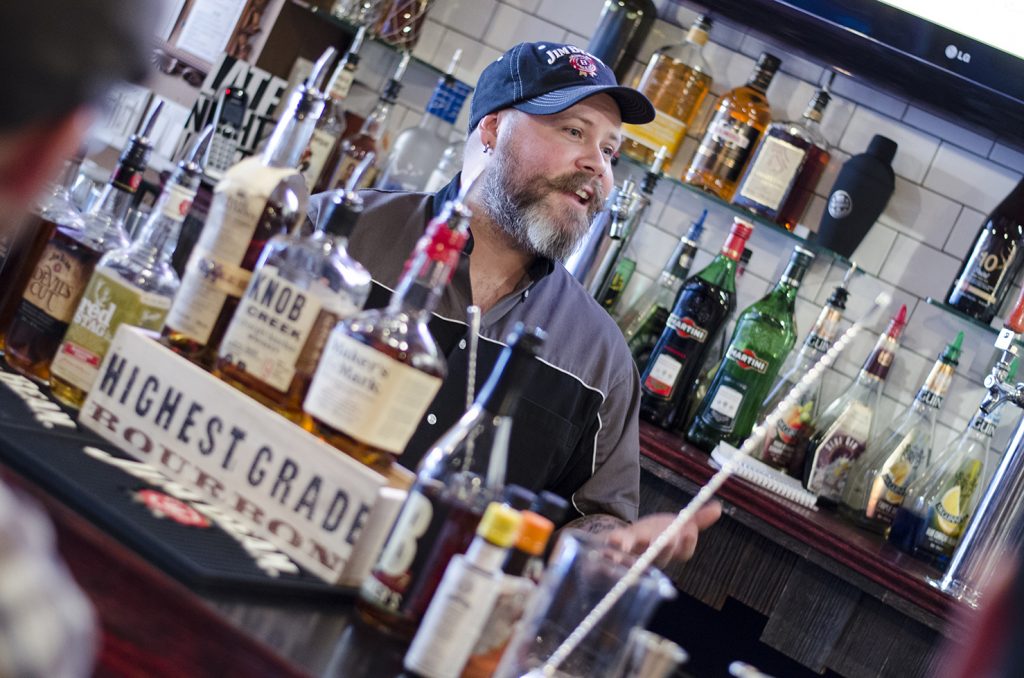 Earlier this month we outlined our thoughts on the trends in Windsor Essex’s food and drink scene for 2015.  Well, here is one of those trends taking shape: the growth of craft.  Restaurants are beginning to introduce craft cocktails onto their menus and arming their staff with an abundance of knowledge on the distilled spirits used to make those drinks. 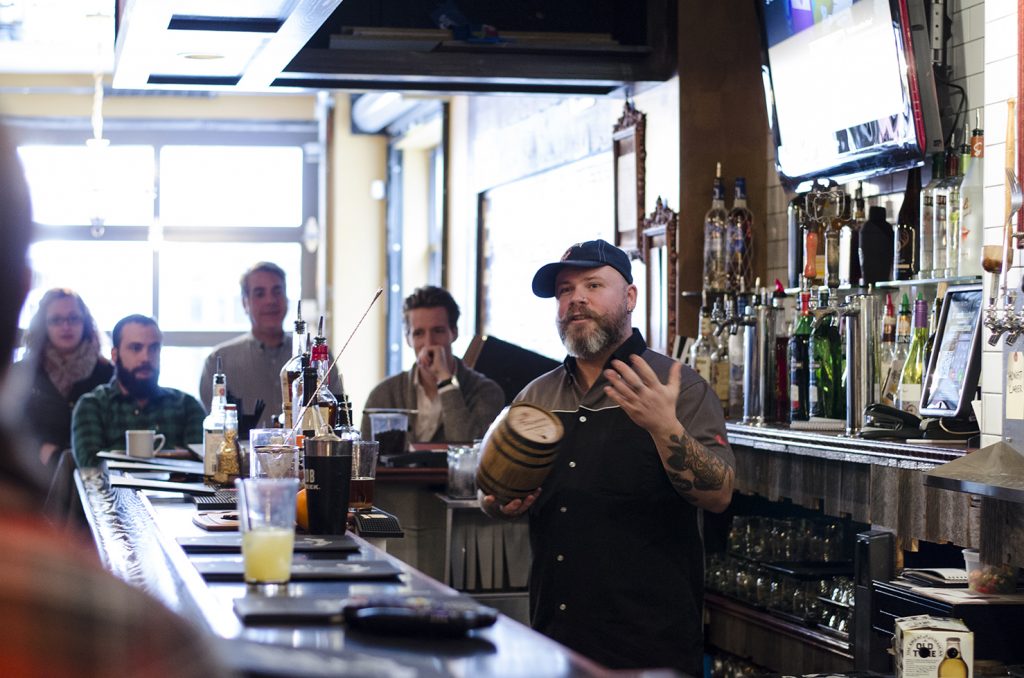 On a cold afternoon last week, 16 bartenders from The Willistead and Snackbar-B-Q gathered together to learn about  Old Fashioneds and the heritage of bourbon. Staff had the unique opportunity to listen to Matt, sample eight varieties of bourbon, and watch a master at work.

“The biggest thing to take away is to understand the beverage and the heritage of where it came from but more importantly how it’s used in modern times,” explains Matt. “We’re in a cocktail renaissance right now, over the last five years, and Canada is a big part of that.”

The terms whisky and bourbon get tossed around quite a bit but what exactly is the difference?

Whisky is distilled from fermented grain mash that includes wheat, rye, barley and corn. There are many styles of whiskies around the world including Scotch, Irish, Canadian and American with the most popular form of American whiskey being bourbon. (Want to know the difference between ‘whisky’ and ‘whiskey’?)

Now, you may have heard that all bourbons are whiskies, but not all whiskies are bourbons.  According to the U.S. government, to be labelled bourbon, there are a few key rules that need to be followed:

That’s a lot of rules, but, well worth it.

Bourbon is making a comeback.

“It’s great to see how a typically hot and firey drink, which often gets passed over because of its intensity,” says Matt. “But when we get to dissect it and bring it down to the qualities and flavours that it has, you’ll see that there are a lot of different flavours for cocktails as well as culinary applications.”

“We’re trained as young people to approach whisky and throw it back and wait for the burn. There’s so much flavour in that alcohol, that if you’re not used to drinking concentrated spirits, it seems a little intimidating. Nose the glass, take a little sip, chew on it, really get to know it and that first sip will prepare you for the second sip. Once you have that second sip you can start to pull out more of the complexities and the flavours.”

The Drinks of Walkerville has been taking advantage of the growing palate for whisky and bourbons, featuring multiple samples to participants as they meander through Old Walkerville learning its history. The tour has become so popular it was named as an Ontario Signature Experience by the province.

“If you don’t think you can sip it or you don’t want to, there’s nothing wrong with mixing it or having a cocktail to enhance a pleasurable evening.”

No other drink can be called a cocktail unless it has these four components: spirits, sugar, water and bitters.