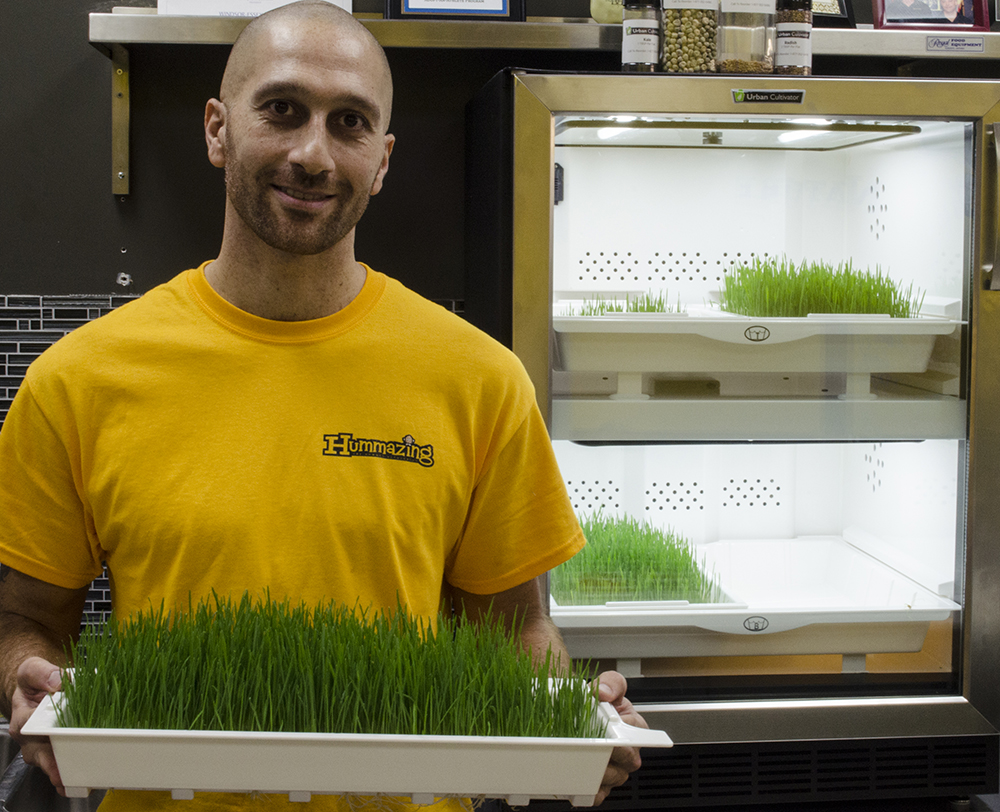 Good things come to those who wait. Fadi Dandachi can tell you that first hand.

As part of a new initiative, Fadi’s restaurant, Hummazing, has introduced the Urban Cultivator to the restaurant. The unit acts as an indoor greenhouse. The idea to introduce the unit into his restaurant came about from Hummazing’s recent audition at the Dragon’s Den.

Fadi says the Vancouver company were waiting beside them at the Dragon’s Den auditions. During the very long wait to make their pitch, he began reading the cultivators manuals and asking questions about it.

“This allows me to grow my own organic vegetables within the restaurant and put them on as you customize your order,” explains Fadi.

“Right now we have wheatgrass growing. It’s our first grow but we’ll soon be growing kale, arugula, radish, parsley, cilantro, cabbage. Any vegetable you can think of.”

The Urban Cultivator is an all hydroponic, 100% natural way of growing.

Fadi explains that the restaurant has decided to grow vegetables within its own walls to tell their customers that they can know exactly what they’re eating.

As part of the Green Initiative, Hummazing is shifting to recyclable, reusable products throughout the restaurant.

“We’re moving into green, recyclable products,” says Fadi. “Within the next few months you’ll see Hummazing transform into 100% green, from napkins, utensil and everything else.”

Fadi says that while it is his personal goal to do this as it’s what he believes in, it is also to prove a point.

“If we’re a small local start-up that can do this, bigger companies, bigger franchises shouldn’t have any trouble with it.” 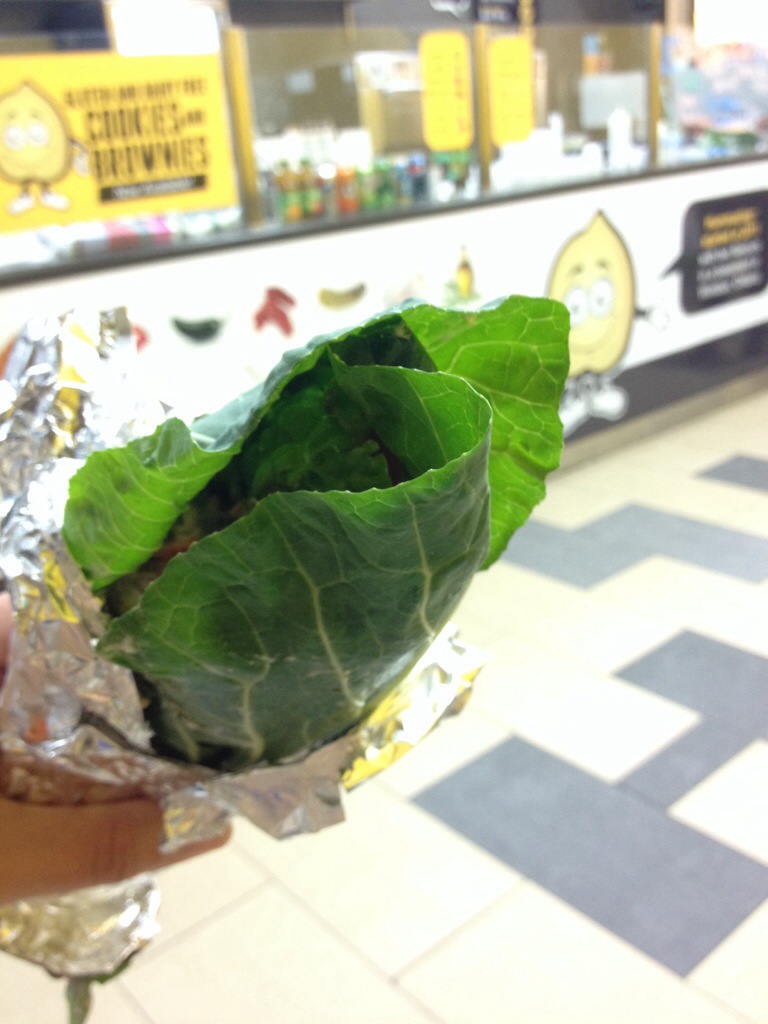 As part of the Green Initiative, Hummazing is also offering greener foods like collard green wraps and rice wraps and will also be introducing juices called Hummazing Blasts.

“Unlike other places where they do smoothies and juices, this is a natural extraction of all good stuff from the vegetables,” Fadi says.  “We’re going to put our organic vegetables in there as well as chick peas, which is a natural protein. Instead of the powder protein, we wanted to put a natural form of protein in the drink.”