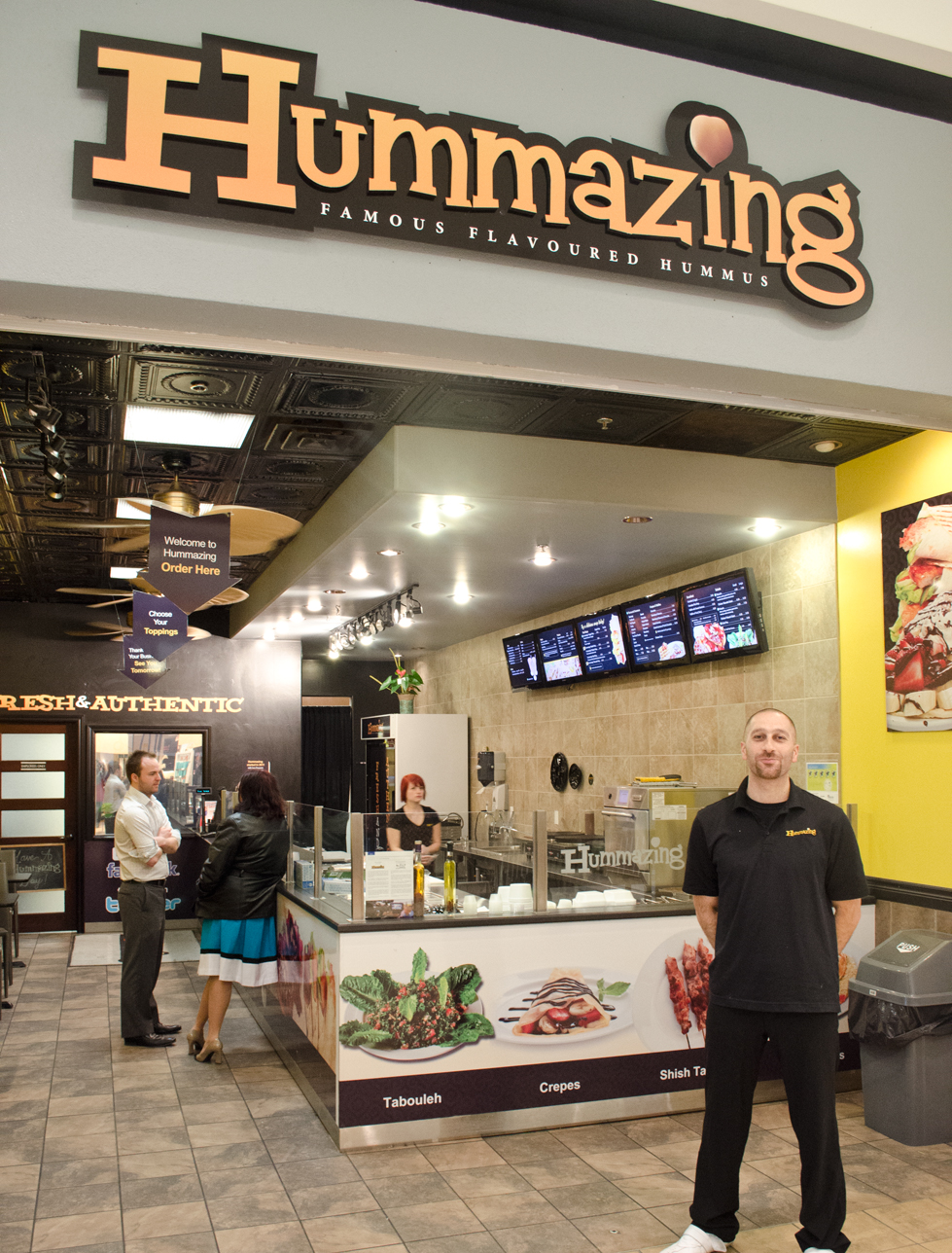 An idea in a basement.

Just months ago, that’s where Fadi Dandachi was at with his concept of selling flavoured hummus. Come this April, he’ll be on the Dragon’s Den, standing in front of millionaires on national attention vying for investment dollars.

“My best friend, Rami, was making hummus for a pot luck at work,” says Fadi, when asked how the idea came about. “He came to me with two flavours. I tasted it and it was good. Within two weeks we trademarked and incorporated the business and had an idea that became bigger.”

The duo then began to see what the public thought of their product, showcasing their hummus at local festivals as well as an expo at their current location, Devonshire Mall. That’s where it dawned on Fadi that the flavoured hummus can be made into a fast food concept and where Hummazing truly came to life.

Fadi went to the Dragon’s Den audition with the mindset he had nothing to lose.
“I encourage everyone to take a risk,” states Fadi. “I always say, ask people for $10,000. If they say no you haven’t lost anything. It’s the same concept. If you’re a business owner or if you have a product, I’ll always encourage you to follow that passion and their dream and go for it.”

Within 2 weeks following the audition, Fadi and Rami were contacted and told they were going to be facing the Dragons in April. They’ve been working with a producer to develop a pitch to the Dragons that is both good for a television audience as well as gets their business message across.

“For us, Hummazing is not just flavoured hummus,” Fadi explains. “We’ve built it into a brand. We make dips and sauces that we’ll package along with the hummus.”

Fadi goes on to mention that their goal is to show the Dragons that the Hummazing team has multiple avenues of revenue.

“We can go the grocery stores route with our products,” he says. “We also have the fast food option that we’ve shown to be profitable within 3 months in Canada’s hardest hit region economically. If we can show them through our passion, our brand and our concept that we’re onto something than I think we’ll have one of them or maybe more wanting into this.”