You may think that with the arrival of September that summer is over, but, at least there will be plenty of events happening throughout the month to get you over your post-Summer blues:

Sips, Sounds & Bites at Sprucewood Shores
Visit Sprucewood Shores for their final Sips, Sounds & Bites of the season on Sunday, September 1, 2013, to enjoy live entertainment on the patio overlooking beautiful Lake Erie or nestled in the vineyard.  Enjoy tapas prepared by a different chef every week from 12:00pm to 3:00pm.  Sip on a glass of wine or their signature sangria with a delicious picnic basket, and soak in the music and view.

Sound-Bite Sundays at Colio Estate Wines
Each Sunday in September, from 1:00pm to 5:00pm, join Colio Estate Wines and listen to wonderful local musicians. Hang out with a few friends and spend a lazy afternoon sipping wine and chillin’. Bring your lawn chairs and camp out next to the vineyard or claim a table in the pavilion. Have lunch while you’re there, as our friends from Jack’s and Smokin’ Aces will have their food truck, Black Jack’s Gastro van, parked on site. Take a tour at 2:00pm or visit the retail shop for a couple bottles to take home with you.

The Dominion House Celebrates Anniversary
Starting September 1, 2013, join owners Kristian and Chris to celebrate the continuation of the historical landmark that is The Dominion House Tavern! There will be live entertainment and drink specials all week. They’re even promising to have some surprises in store for customers.

Tour di Via Italia Bike Races
An annual tradition, the Tour di Via Italia bike races are back for a 55th year on September 1, 2013. While a bike race might not seem like a food and drink event, we encourage you to take it in while on one of Erie Street’s beautiful patios, including Mezzo Ristorante, La Zingara, Il Gabbiano and La Contessa. Having the pros fly by while you’re enjoying a meal is a unique experience. 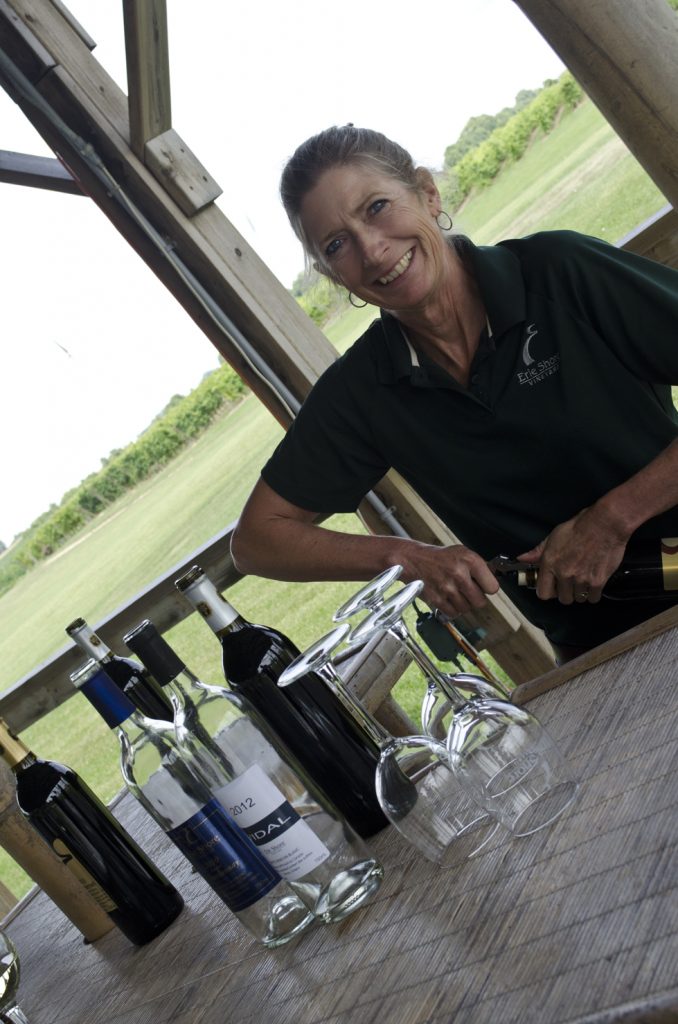 The popular Shores of Erie International Wine Festival is bringing in some more great musical acts to compliment to local food and wine as The Sheepdogs will be taking the stage.

While at the festival, be sure to visit WindsorEats members Koi Sushi, Road Chef, The City Grill, Thai Lanxang and Rockhead. You should also stop by the Colchester Ridge Estate Winery booth for some wine smoothies! 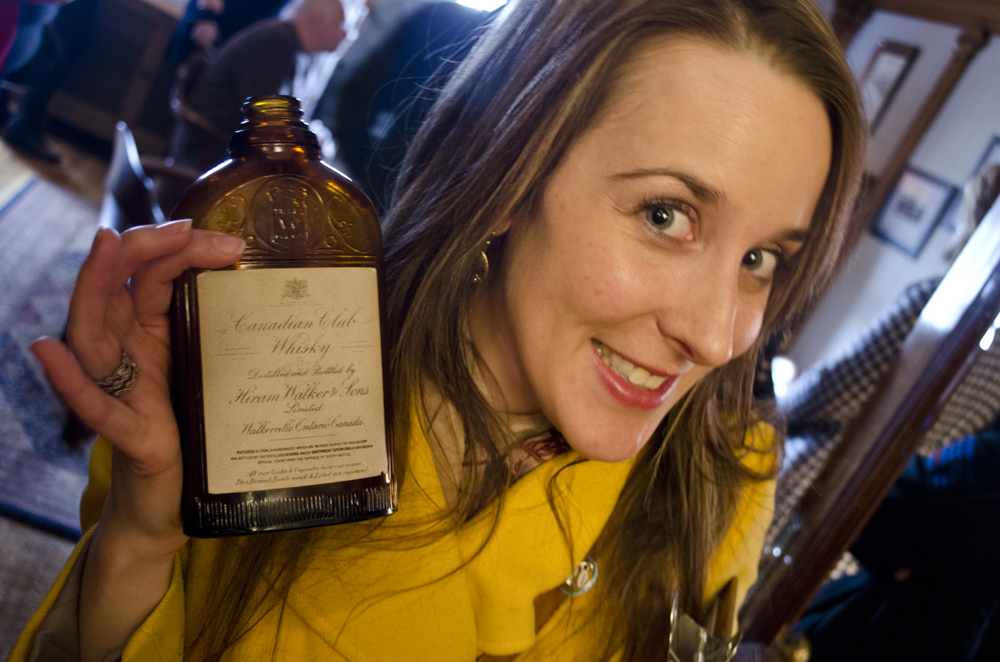 Come join us on September 7, 2013! Quickly becoming a patron favourite, the Drinks of Walkerville tour would definitely be one of Don Draper’s favourites as we start off at the Canadian Club Brand Centre as we take in the history of the building and brand before sampling the Mad Men character’s drink of choice, Canadian Club Whisky.

After learning all the about history full of famous (and infamous) characters that were big fans of the Canadian Club brand, we take a stroll through Olde Walkerville discovering it’s architecture as well as some well known and not so well known tales associated with the area.

We then will visit Walkerville Brewery and sample their beers while being walked through the facility and learning about the brewing process.

From beer we head over to The Willistead for some surprise beverages.

Butcher and Cooking Demo at the Downtown Windsor Farmers’ Market 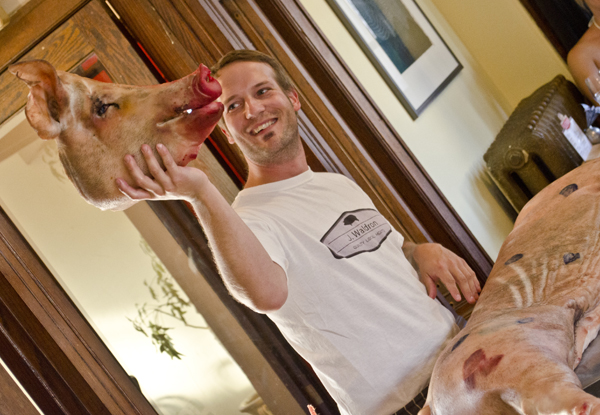 On September 7, 2013, The Downtown Windsor Farmer’s Market will be hosting a live butcher demonstration at 10:00am.

Afterwards, we’ll be hosting another of our live cooking demos at the Downtown Windsor Farmers Market from 11:00am to 12:00pm, where we’ll be featuring chef Rino Bortolin of Rino’s Kitchen. Chef Rino Bortolin will only be using items found in the market for the demonstration.

Then, from 2:00pm-5:00pm, Rino’s Kitchen is proud to host a free open house style book launch and butcher demo for
local butcher, Jamie Waldron. The event will feature a live butcher demo in their backyard garden at 3:00pm. The event is free and will also feature samples of meat.

Butcher Demo and Lunch at Jacks
On Sunday, September 8, 2013 at 12:00pm, Jack’s will feature a 5-Course Tasting Lunch with five local wine pairings. Butcher Jamie Waldron will give guests a Berkshire Pork Home Butchering Demo. They’ll also have a meat auction where guests will be able to bid and take home the Butcher’s Cuts.

Each ticket is $70 and includes a 5-course tasting lunch, 5-wine pairings, a signed copy of Jamie’s book. Tickets are limited so book in advance to guarantee your spot.

Yoga & Wine at Colio Estate Wines
On Sunday, September 8, from 11:30am to 12:30pm, practice yoga amongst the vines at Colio Estate Wines and then enjoy music, wine & food from 1:00pm to 5:00pm. Space limited to 25 participants and tickets are $25 per person. Food and drink are not included.

Rino’s Kitchen Presents: Instagram Photo Exhibit
Rino’s Kitchen is embracing technology and the power of social media and will bring some of the most talented Instagram photographers in Windsor out from behind their phones and into the spotlight in Windsor’s first ever Instagram photo exhibition.
Opening night reception Thursday September 12 at 6:00pm to 8:00pm. 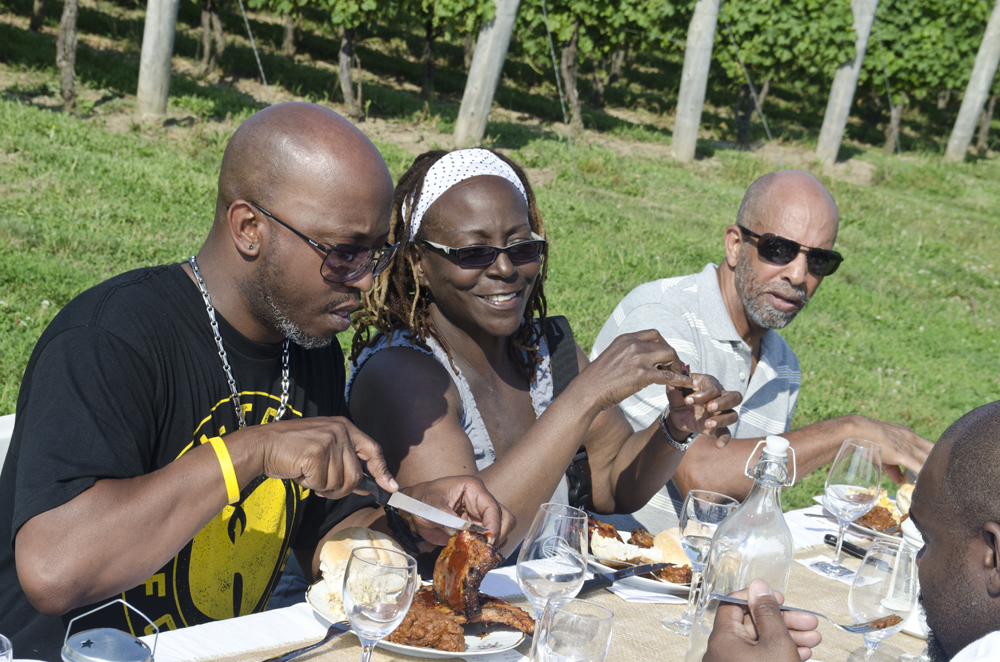 The Wine Trail Rides, hosted by food and drink companion WindsorEats, are a great way to explore Essex County’s wine region. Cycle through our beautiful region and explore the sites, sounds and tastes of Ontario’s other wine route!

Named the Best Culinary Tourism Experience in Ontario in 2009 and the Innovator of the Year for the Canadian tourism industry in 2010, each Wine Trail Ride includes tastings, tours, a guide and a support vehicle, as well as what is a very popular feature that sets makes us special, a long table dinner made with local foods produced in the region.

We strongly encourage bringing your binoculars on this ride as we’ll be visiting the Festival of Hawks in the Holiday Beach Conservation Area as part of the tour, giving our guests the opportunity to explore and bird watch.

Tickets start at $60 per person and can be purchased here. 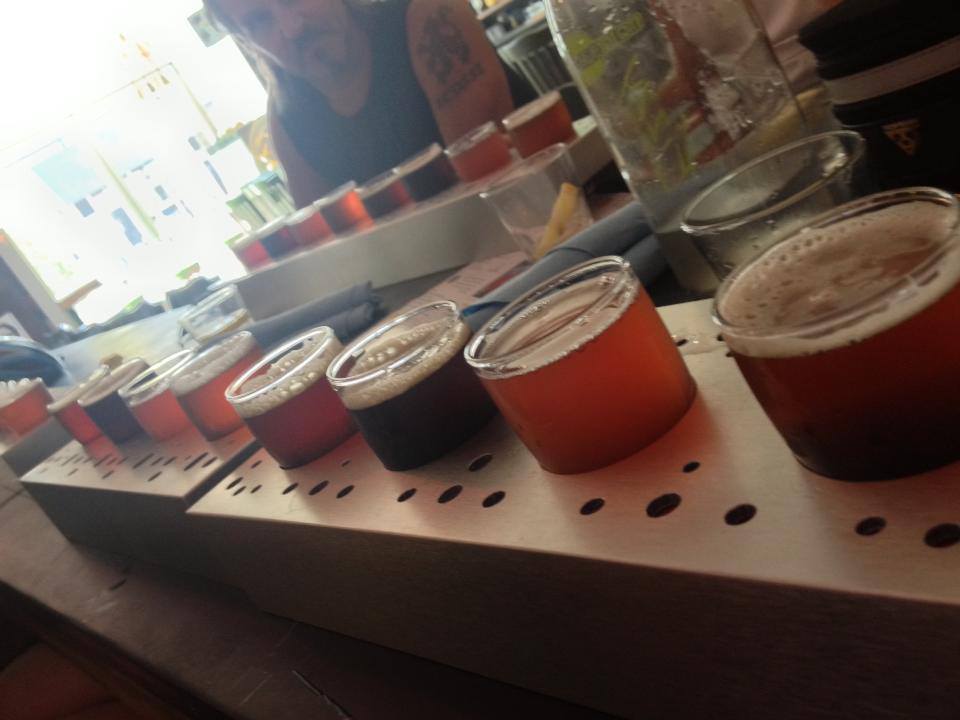 Explore the city one beer at a time on our Bikes & Beers Cycling Tour on September 28, 2013.

On previous rides we’ve visited places like:
No two rides have been the same in regards to the types of beer and food provided. The ride caters to people of all ages and cycling abilities and go on rain or shine.
Tickets start at $60 per person and can be purchased here.

The event is free but they will gladly be accepting donations at the door. It will be taking place at Walkerville Brewery starting at 6:00pm.

Also, don’t forget that tickets to the October 18-19, 2013 Windsor Craft Beer Festival are now available for purchase! There is limited capacity on the site grounds so we recommend purchasing your tickets ASAP to guarantee entry. Once tickets sell out, there will be none available at the door!

The $25 ticket includes 5 tokens and a sampling glass. Tickets are only available online and can be purchased here.