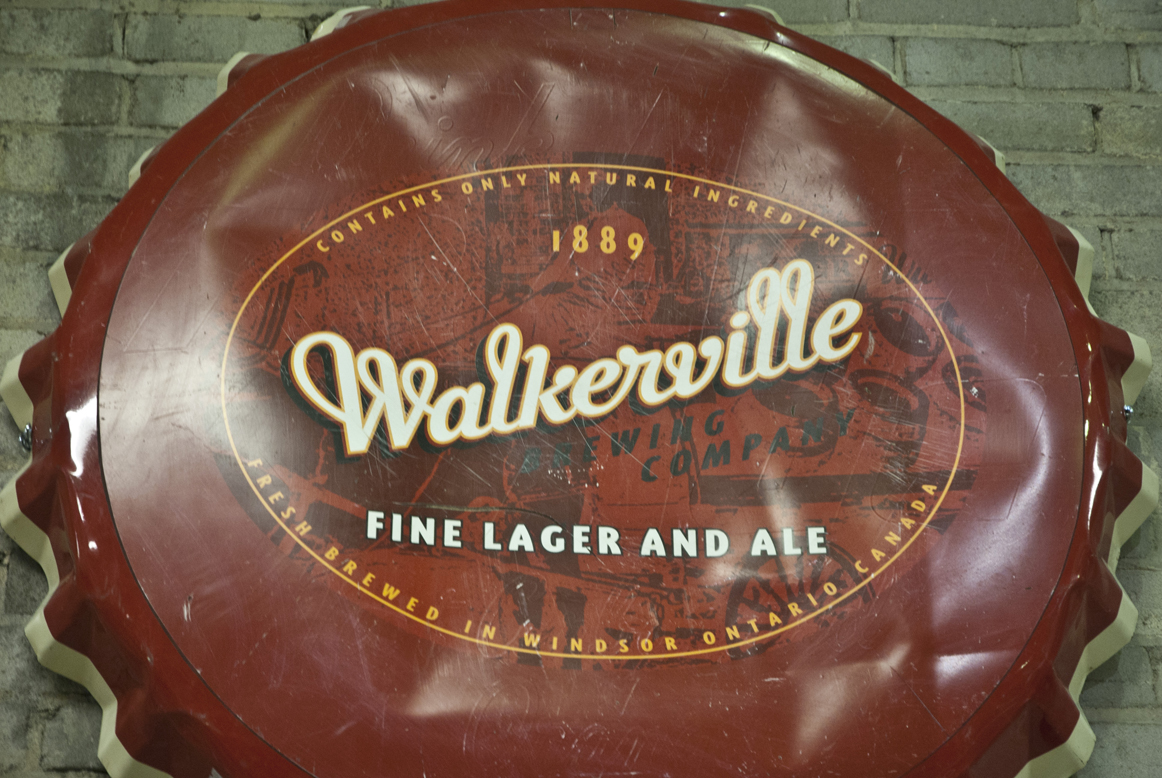 If you haven’t heard yet, a team of owners have banded together and are in the midst of reopening the old Walkerville Brewery, which last produced beer about 5 years ago. Yesterday I was given the pleasure of a tour with brewmaster Brad Wright.

When the brewery reopens, which it is expected to in late April or early May, you should see it rebranded with a new name that still contains ‘Walkerville’ in it. Brad says that while they want to stay true to the breweries history, they also want to start off on a clean slate.

You may have noticed some bags of malt from Germany in the photos below. Brad says that those will likely to be a thing of the past as they envision using premium Canadian malt for their brews. He also mentions the brewery is very interested in showcasing local products and the potential to use blueberries from Parks Blueberries or Klassen’s in beers. They have also held talks with local farmers about the possibilities of growing hops locally specifically for the brewery. Brad is also keen on barrel aging the beer with whiskey and wine barrels. He is also hoping to introduce a barley wine.

The community mentality won’t be limited to ingredients though. Space will be available to local charities and groups to use as well as an area for them to bring in caterers. If you recall in its past, portable washrooms were brought into the brewery whenever they hosted an event. That will be a thing of the past as large washrooms are bring built within the facility to accommodate functions.