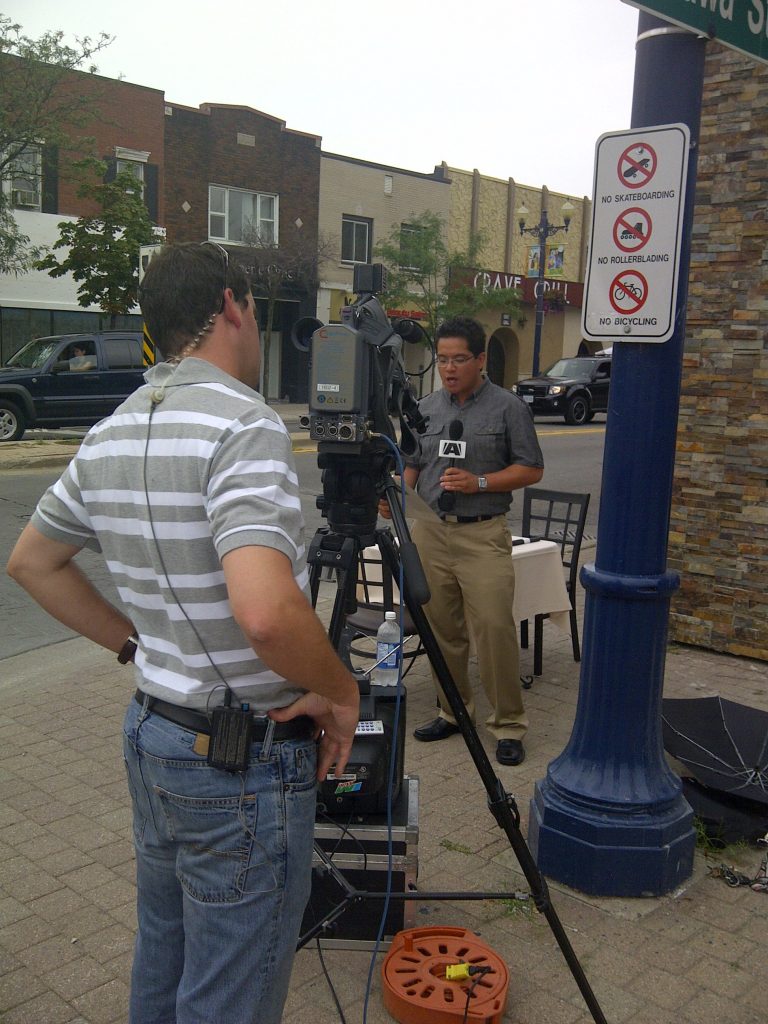 The way many of the media outlets in Windsor-Essex have embraced and supported our Eat Your City Culinary Week has been nothing short of spectacular. Almost all of them have been very supportive in getting the word out to potential hungry dinner guests and showcasing our great culinary assets. After news stories on both /A Windsor and CBC Windsor television channels yesterday, the media exposure today increased with interviews at AM800 CKLW, CBC Radio and on the /A News weather segment.

The weather segment was hosted by Milan Miokovic of Crave Grill where Arms Bumanlang and I were treated, live on air, to Chevaps and Wild Mushroom and Goat Cheese Gnocchi which are both featured on some of Crave’s three Eat Your City menus. The samples tasted so good, I immediately called Jillian to meet me at Crave to try out their menu for EYC. 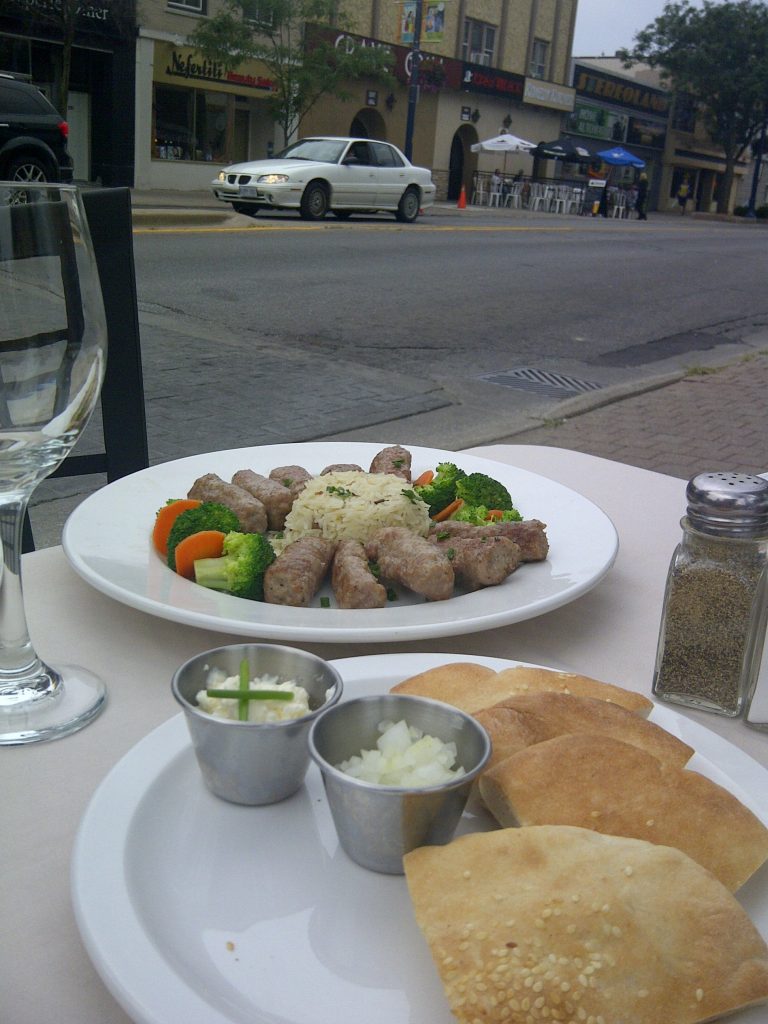 For my first course I ordered the soup of the day which was a Lemon Chicken Rice Soup. the soup had a lot of flavour and had nice, fresh  pieces of chicken.  Despite the hot weather, the soup really hit the spot. Jillian started out with a house salad that had big chunks tomato cucmuber, onion and peppers over spinach leaves. For our second course, I had the chicken florentine. The artichoke sauce was rich and packed great flavours that really added to the chicken. Jillian opted for the Goat cheese and mushroom gnocci. With its rich flavours and big portion size, she wasn’t even able to finish the dish. I suppose we can flip a coin to see who will get to enjoy those left overs tomorrow. The third course offered us rich desserts. I had the sweet ricotta crepe and Jillian had a very delcious pyramid cake, which was presented with beautiful swirls of chocolate syrup and proved to a very moist, sweet  cake.  These two treats went down a little too easily.

And for those of you looking for a litter after dinner drink, check out their martini list. We enjoyed a James Bond martini which even featured specialty ice cubes to match the drink theme, and the drink was really good. Strong and good.