Motor Burger Gets All Decked Out For the World Cup; Via Italia The Place To Be on Monday - WindsorEats 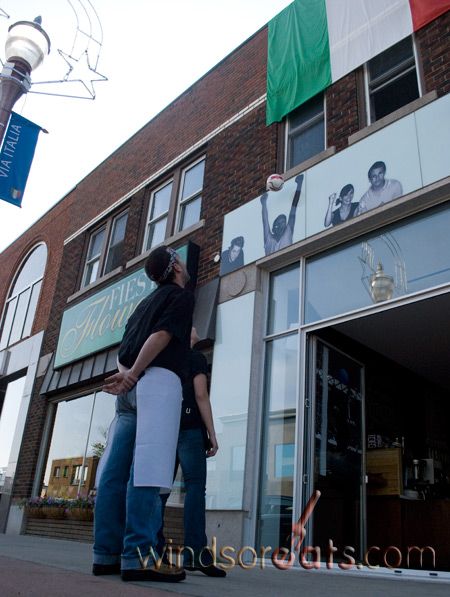 Friday night, Jillian and I were heading over to House of India for dinner. As we were stopped at the traffic lights at Parent and Erie Jill points to Motor Burger and says puzzled, “What’s Jay and Gino doing on the roof?”

One quick look and I knew exactly what they were doing. Getting ready for the 2010 World Cup!

As with just about every restaurant and cafe on Erie Street, Motor Burger will be showing every game on their televisions. Of course, the most popular games for Erie Streets businesses are when Italy plays, which their first game just happens to be Monday, June 14, 2010. 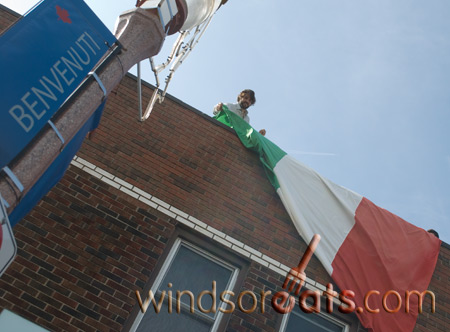 So up on the roof was Gino, hanging a giant Italian flag from the roof. That wasn’t all he was doing, though. If you happen to stroll by Motor Burger, they have added some additional graphics to their storefront in celebration of the World Cup. Images of their staff celebrating with flags of participating countries on their cheeks. Gino also hung soccer balls from the rooftop as part of the display. It’s pretty awesome. 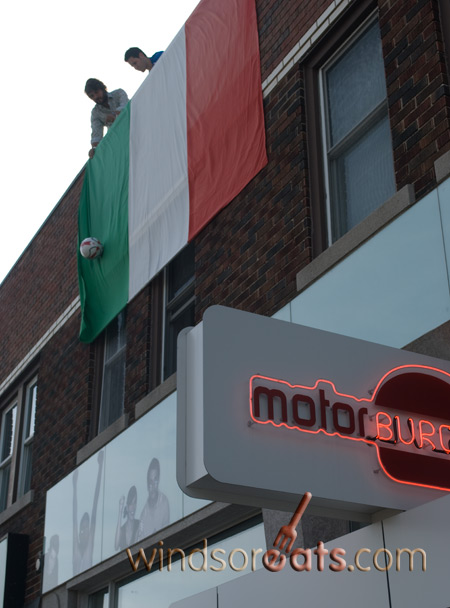 So if you’re looking for a place to watch Italy play, Erie Street is it. Aside from Motor Burger, you can also catch the game at Mezzo Ristorante & Lounge, Centro, La Zingara and others.

If Italy wins, you may even get swept up in the celebrations, too!