Honey Badger Bistro opened their doors after the Canada Day long weekend with a new look interior and a tasty new menu, so we paid them a visit to see what it was all about. 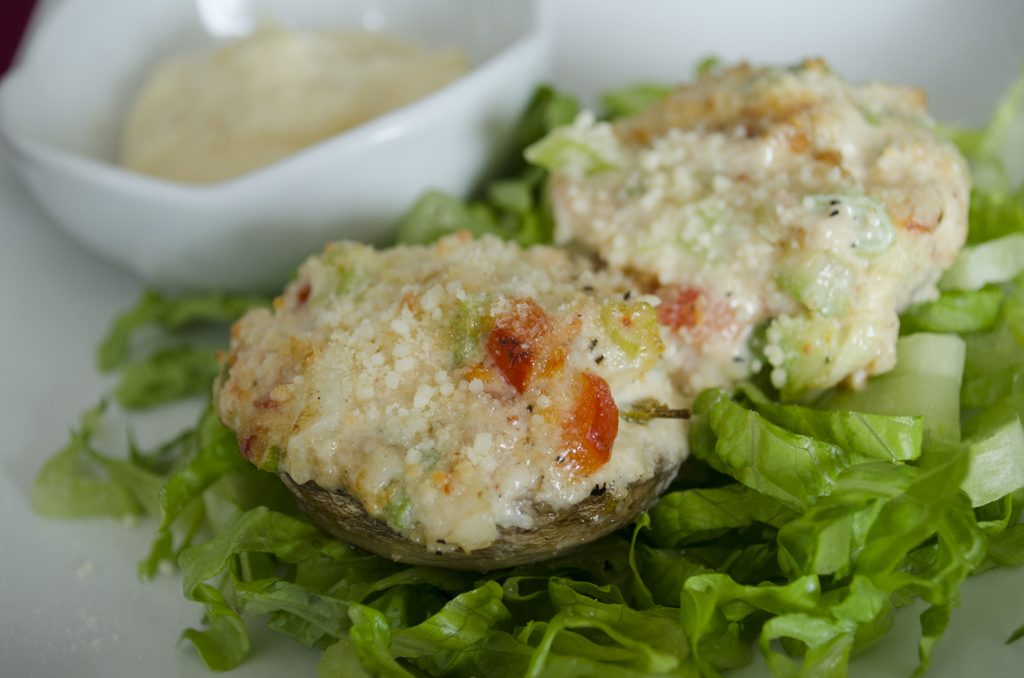 A perfect way to start the meal was with their Lobster & Shrimp Mushroom Cap starter. A perfect snack that were easy to pop into your mouth. They came with a roasted garlic dipping sauce which I highly recommend hanging on to throughout your other courses. If you get fries later on they’re a perfect match. 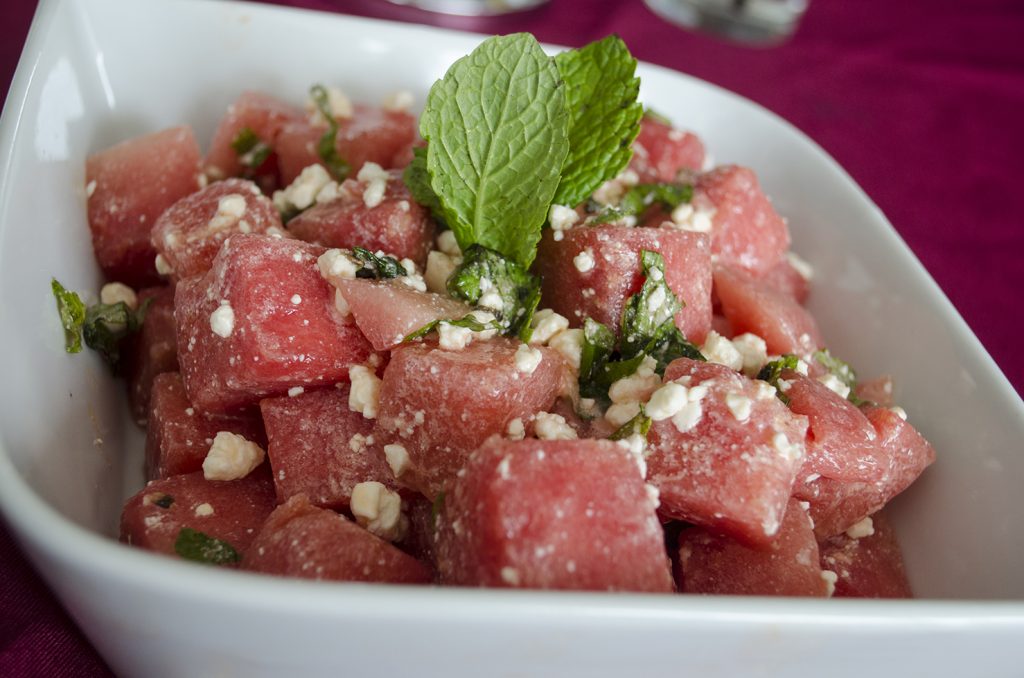 We then received a very healthy (both literally and figuratively) serving of Watermelon Mint Salad with feta. The mint, chopped small and mixed throughout, added a pop of refreshing taste. The watermelon was crisp, cool and sweet while the feta countered with some saltiness. Basically, the salad was summer in a bowl and left me daydreaming of running through a lavender field with birds singing, following close behind and the wind blowing in my hair….sooooo, in other words it was delicious! 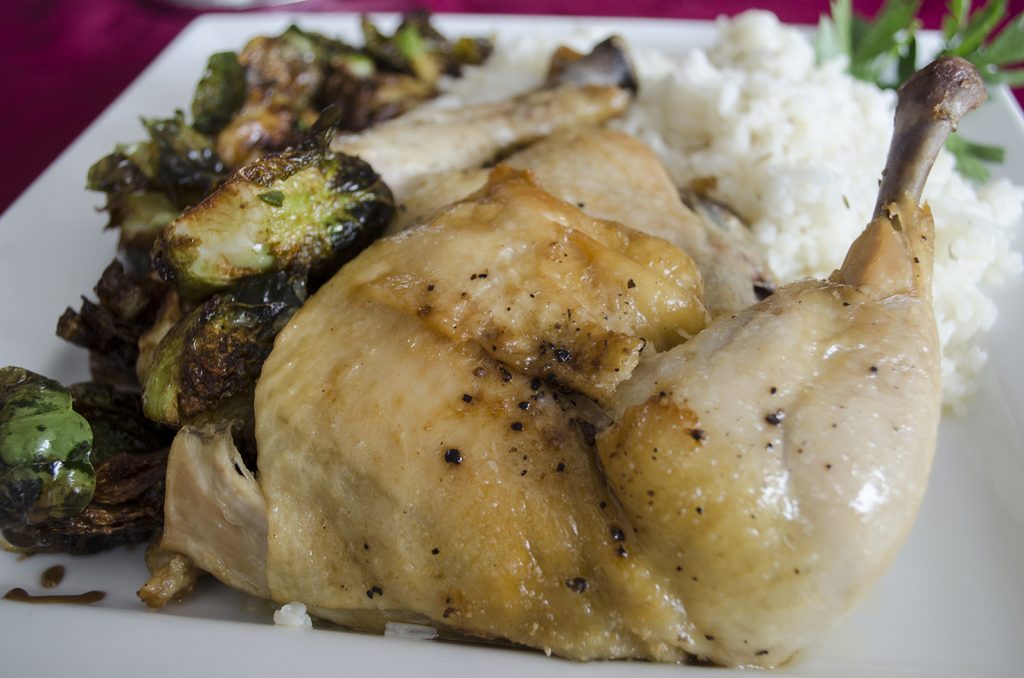 The Chicken Confit was fall-off-the-bone tender. Literally. We easily pulled the bone out and it was clean as can be. Chef Chris Couture mentioned the chicken took 12 hours to prepare.

The brussel sprouts served with the dish were nice and crispy on the outside. The balsamic vinegar they were cooked in was not overpowering in the slightest bit. I think they would definitely entice those who are not to keen on brussel sprouts to give them a try. The great thing is they can be ordered as a starter just by themselves. 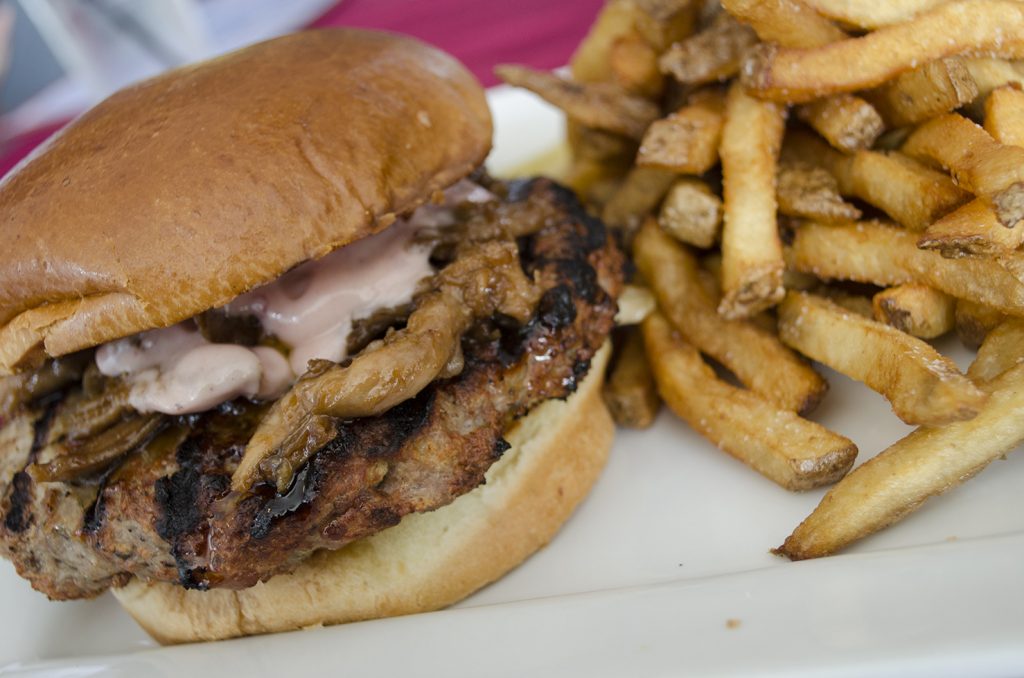 Next up was the piece de resistance: the Turducken Burger. This bad boy is pretty close to 1lb of meat (a turkey patty with chicken confit and bourbon glazed duck layered on top of and underneath the patty) and cranberry mayo on a brioche bun. Chef Chris did well to pull all the flavours together and make them work well. 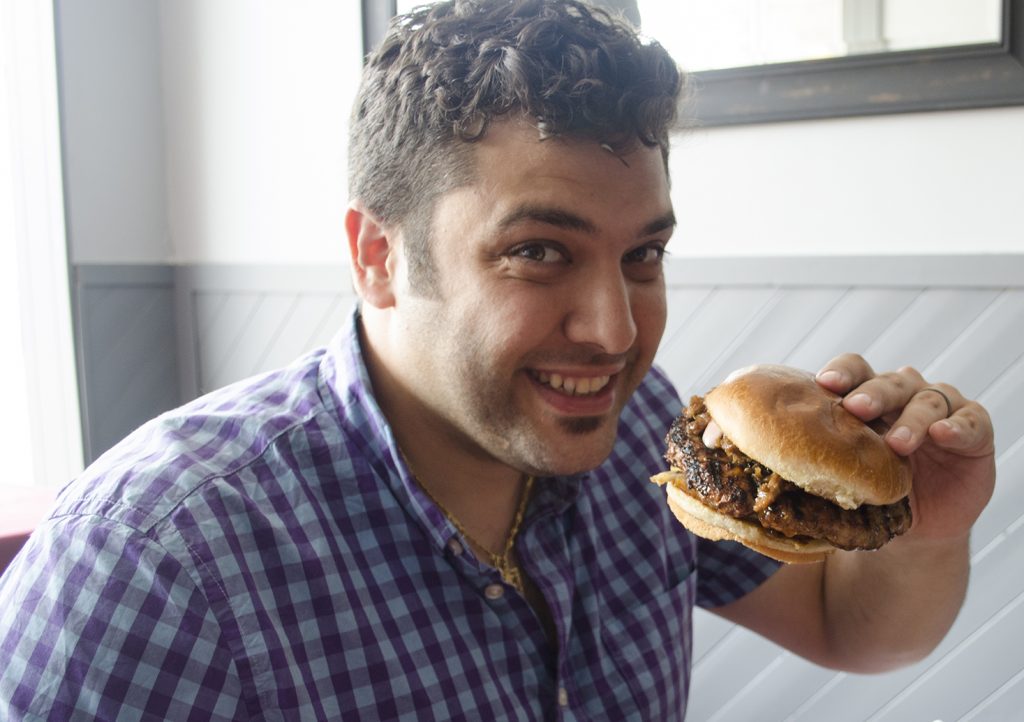 I highly recommended the Turducken burger for any hungry meat lovers. 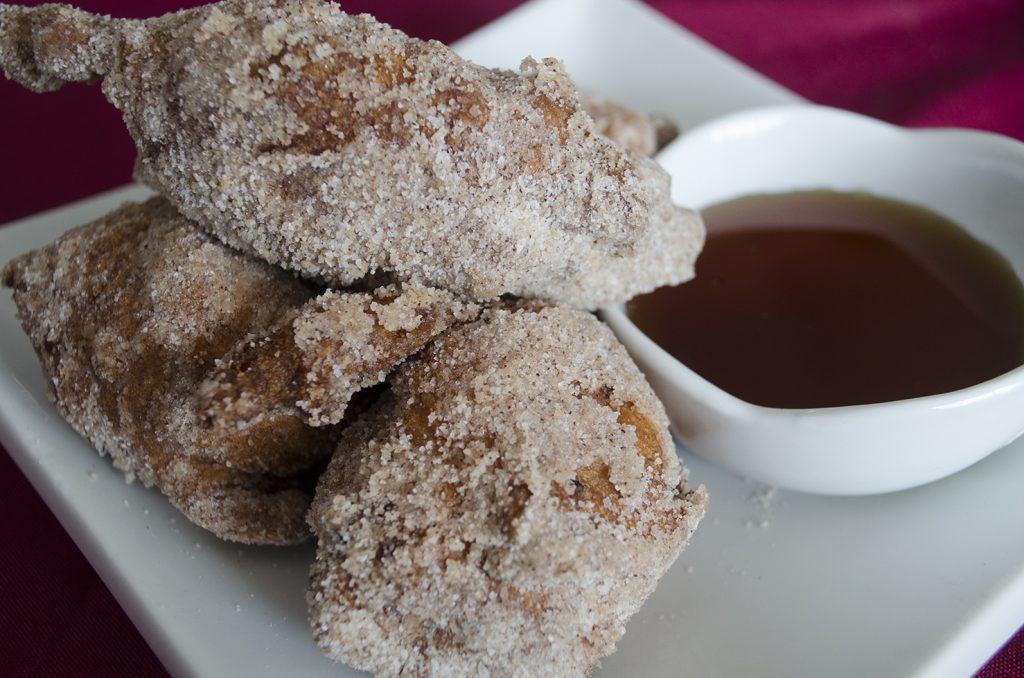 Even after all that food, how can you say no dessert? Especially when dessert is Maple Bacon Apple Fritters with maple syrup for dipping. They came to the table warm and dusted in sugar. Stashed inside were bits of bacon and apple.

The great thing about the new menu is the food is not “hoity toity” (yes, it’s a real word in the dictionary, look it up). It’s foods and flavours you’re familiar with but combined in interesting, unique ways and done very well.

Jillian and I were so impressed with the meal, I actually made my way into the kitchen to personally thank Chris.

Kudos to Honey Badger Bistro on hitting a home run with their new menu. Pay them a visit, tell them WindsorEats sent you and share your photos with us on Facebook or @WindsorEats on Twitter.