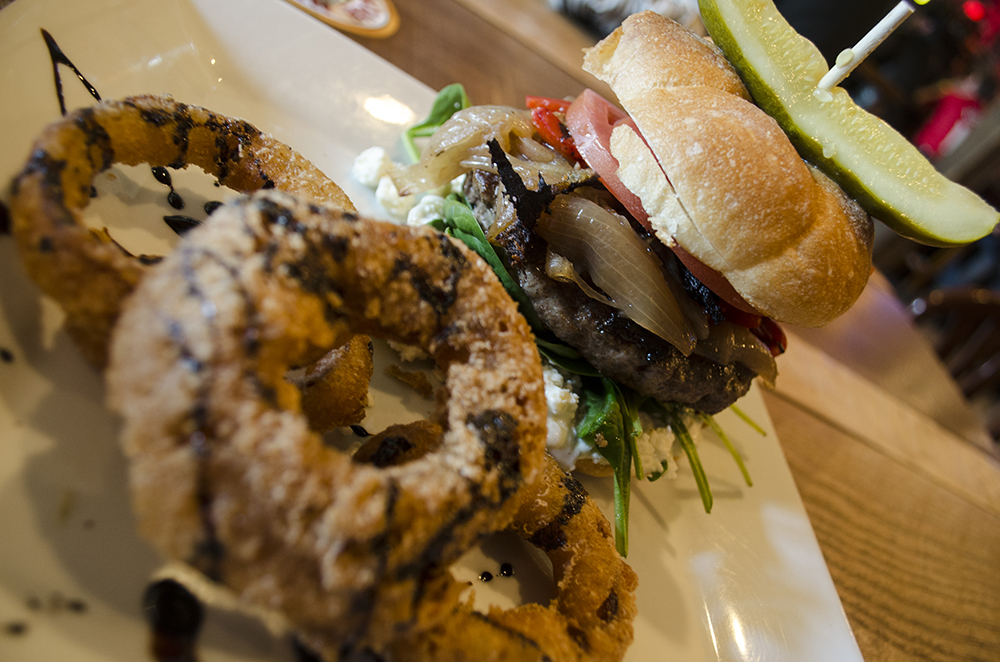 The Manchester Pub is launched a new menu next week and WindsorEats was there for a sneak peek (and taste) of some of the new items.

Owner Tom Sotiriadis, who recently took over the pub, is bringing fresh touch to the cuisine. A local, homemade approach is being instilled in the menu.

Tom has even formed relationships with local establishments and fellow WindsorEats members. All the beef The Manchester will use in the restaurant is from The Butcher of Kingsville and all the buns are delivered daily from Blak’s Bakery.

New menu items are being introduced, including new flavours of wings: a root beer flavoured wing and a Coney Island flavoured wing.

Not all items from the old menu are being removed. Staples, such as the roast beef dinner, are being revamped. Instead of the traditional beef sliced on a plate with gravy overtop, the new dish will feature the beef spun (like a rosette) into Yorkshire pudding. The dish is now as great to look at as it is to eat.

The new Manchester menu is expected to be released next week.