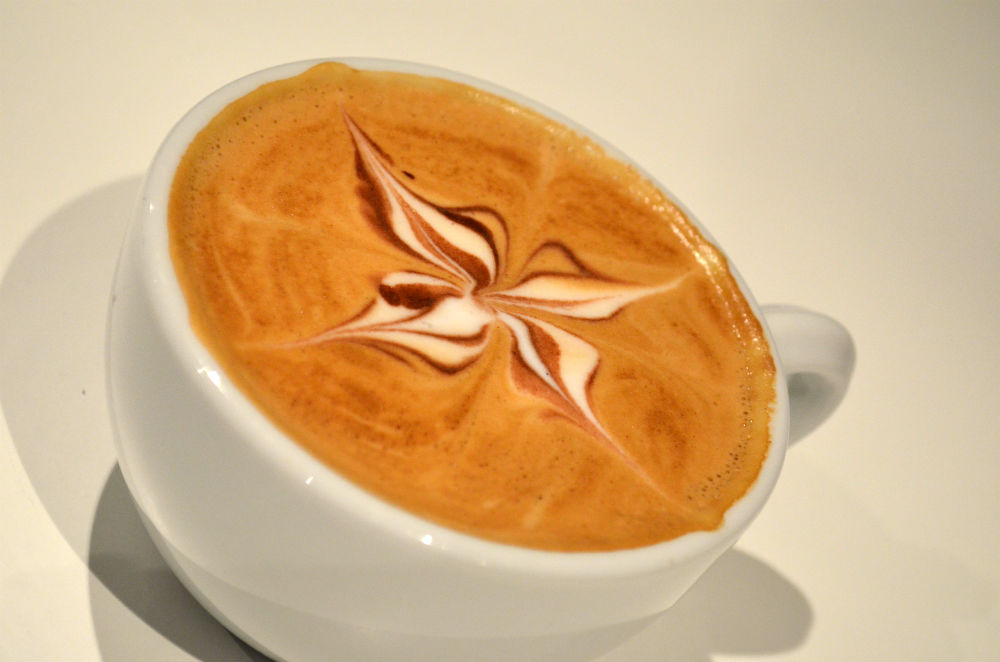 Cameron Rankin, an employee at Salute Espresso Bar, came away with the win.

“It’s a nice feeling to see your staff care enough to actually try in the competition and put all they could into it,” beams Salute owner, Dane Charles. “It shows that what we’ve worked on is really exciting them and something they really want to do.”

Cameron believes that what’s been started here today is a fantastic momentum point to carry on.

“We’re pushing the boundaries with an event like this. Pushing the culture,” says Cameron. “It’s an extension of your creativity when you’re making coffee. We created a friendly little competition and we’re trying to get coffee culture a little more prevalent in the city.”

When the idea for the Throwdown came to Dane, he talked to his staff about it and they were really excited.

“It’s something that they’re learning  right now,” Dane explains. “I thought if they’re excited about it, there has to be other baristas across the city that are as well, and even our customers.”

“The turnout was phenomenal. So many people were interested to watch the event. It’s something that we’ll take and move forward with on a monthly basis.”

The coffee used throughout the evening was roasted by Whipsaw Coffee Roasters.

An announcement of the next date will be made in the following weeks. The competition is open to baristas from any coffee shop and the general public.