Review of Our May 2011 Bikes & Beer Cycling Tour - WindsorEats

This past Saturday, May 7, 2011, WindsorEats held our first ever Bikes & Beers Cycling Tour throughout the streets of Windsor. The event was used to help raise money for The Beer Store‘s ‘Returns for Leukemia’ fundraiser, which takes place May 28-29, 2011.

Thankfully, after a weeks worth of weather forecasts predicted thunderstorms or showers all day Saturday, Mother Nature was in a good mood and gifted us what may have been one of the most beautiful days of the year so far. 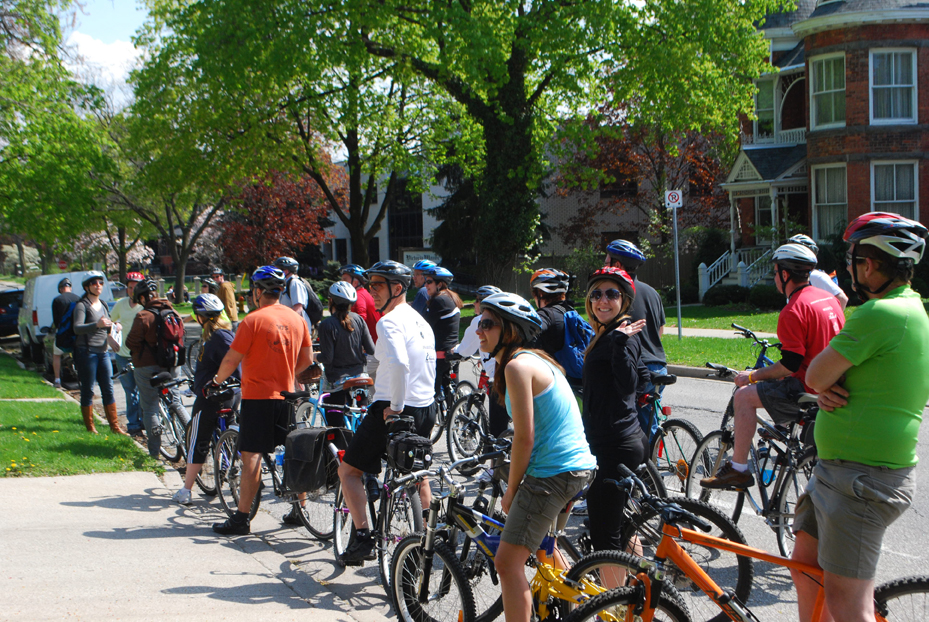 Our first stop on the ride for our approximately 30 riders was Smoke & Spice on Ottawa Street. We were greeted by staff outside as we were still rolling up on our bikes! Inside, the treatment was even better as we were fed dry rub ribs, some of their award winning chicken wings, cornbread, collard greens and their famous pulled pork sundae, all to be washed down by our first beer, Steam Whistle Pilsner.

Our group was even treated to a behind the scenes look at the restaurants smoker (no it’s not just a person smoking cigarettes exhaling over the meat) which was loaded with racks of ribs. 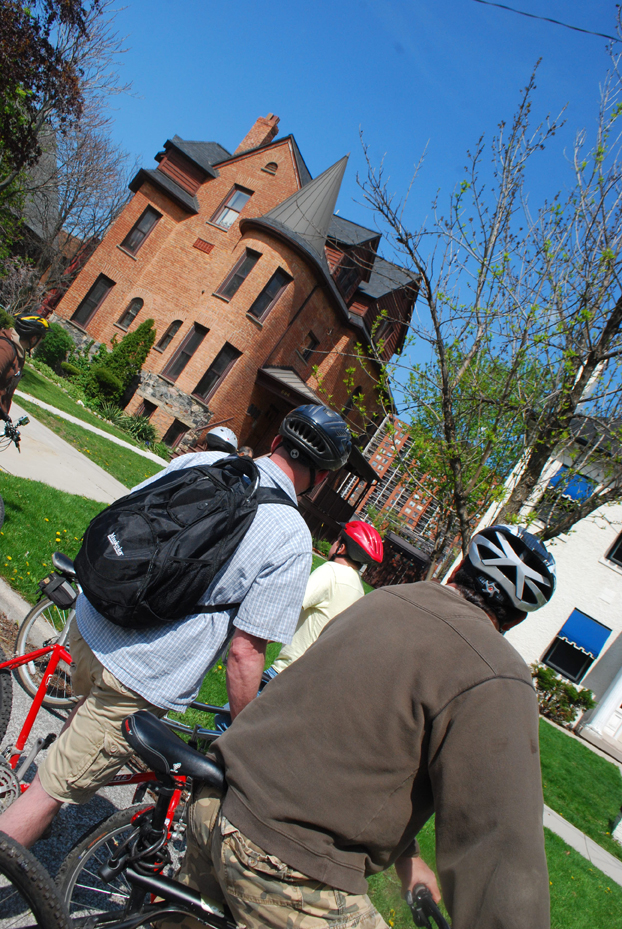 After Smoke & Spice, headed down Lincoln Rd. to a popular Windsor landmark, “The Canada House”, where the owner was gracious enough to give our entire group a tour of his home. If you’ve never seen it, each millimetre of this house is covered in everything Canada, inside and outside. Everyone was snapping photos…well everyone except me. I was too mesmerized by the place and forgot to take any, although if you watch the video above there are a few clips of the home on it.

Our next stop was Chanoso’s Restaurant where we were fed sushi, vegetable rolls and a red pepper tapanade to go with Brick Brewery‘s Waterloo Dark.

While in Downtown Windsor, we also stopped by some great cultural and architectural gems including the Old Armouries and the Capitol Theatre and discussed the history of the buildings. 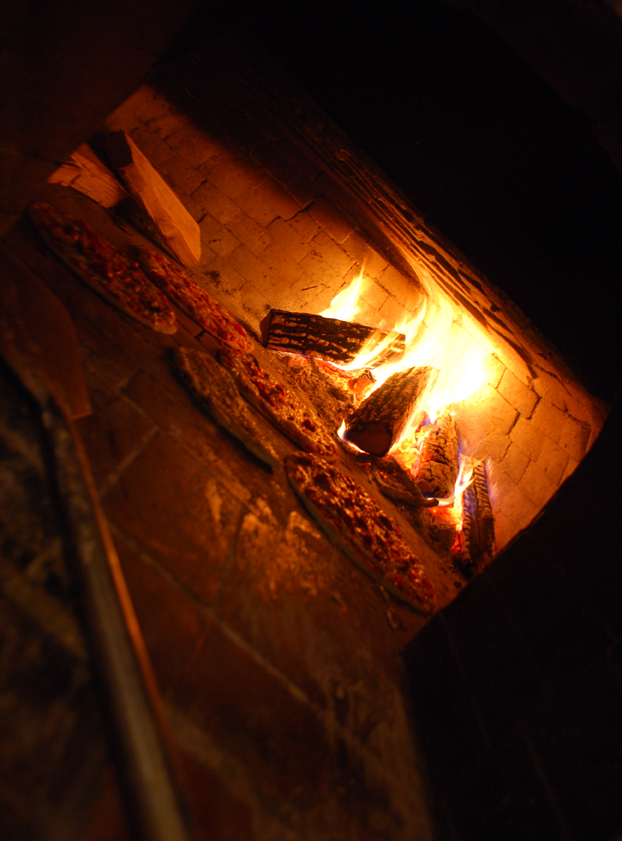 We then rolled our way down to Centro Restaurant on Erie Street, Windsor’s Little Italy. Since we were on Via Italia, ‘When in Rome, do as the Romans do”, so we were treated to some wood fire oven pizza, Caprese salad and pan fried pizza dough which we ate while sampling Wellington Brewery’s Special Pale Ale (S.P.A.) as well as their County Dark  Ale.

The tour concluded with a jaunt through Old Walkerville where we visited and discussed the history of Monmouth Road, Willistead Manor and the Low-Martin house.

We had participants from all over, including Michigan and it seemed like everyone had a blast and learned a little more and became a bit more connected with Windsor. Thank you to everyone who rode along, all the participating restaurants, the breweries and The Beer Store for helping make this event a great success.

If you’re interested in more of our cycling tours, our first Wine Trail Ride of the season is fast approaching and takes place on May 21, 2011. Tickets are still available and can be purchases here.