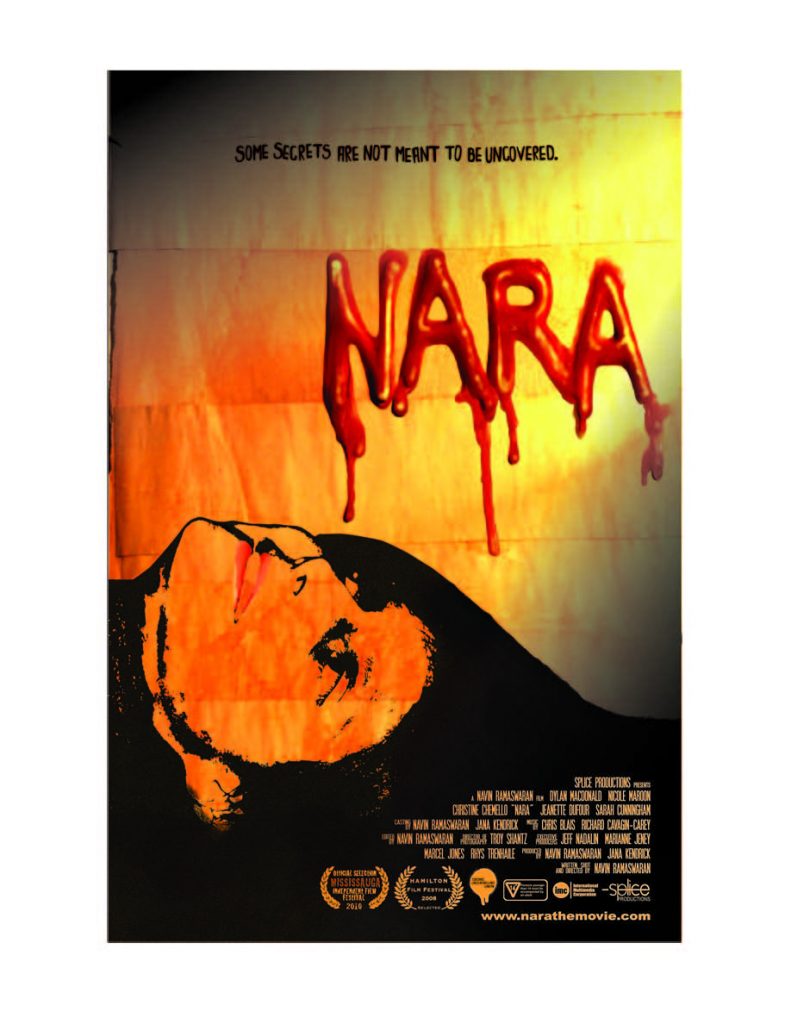 That’s right, the screening of local film NARA, which takes place tomorrow, Wednesday, October 27, 2010, is sold out and we have two tickets that we’re giving away.

Here is a brief breakdown of the film:

Not able to escape the past, Blane lives the life of a vagabond. Content in a world of isolation that feeds his imagination, he has created a living for himself out of other peoples’ throwaways.
Blane crosses paths with Krista, a Social Work student through a chance encounter. Sympathizing with him, Krista forms a friendship with Blane and takes it upon herself to help him lead a normal life.
What Krista soon discovers is Blane’s deepest and darkest secret; his friend NARA. Reality becomes blurred as Blane’s peculiar obsession with NARA, the severed head of a murdered woman
spirals out of control. After uncovering the mystery of NARA, Krista finds herself with more than she bargained for as her concern for Blane only fuels the mania.

This movie was shot entirely in Essex County and features many local actors.
For a chance to win the tickets you’ll need either a Facebook or Twitter account. Beginning at 4pm on Wednesday, October 27, 2010, we’ll be release clues every 5 minutes as to where the tickets are hidden. The first person to find the tickets gets to keep them and go to the movie that night which starts at 7pm!
As with our other Twitter Scavenger Hunts, we’ll give you a general location right now as to where to begin your search: Old Walkerville.
Tags: Contests Walkerville Windsor
Share
Tweet