Yes, that’s right, I used the phrase “up the wazoo”. It is the only way to describe the amount of events WindsorEats will be a part of in the next little bit, as well as other fun activities and festivals happening at the end of July and throughout August 2010.

Be prepared, this is going to be a very long post: 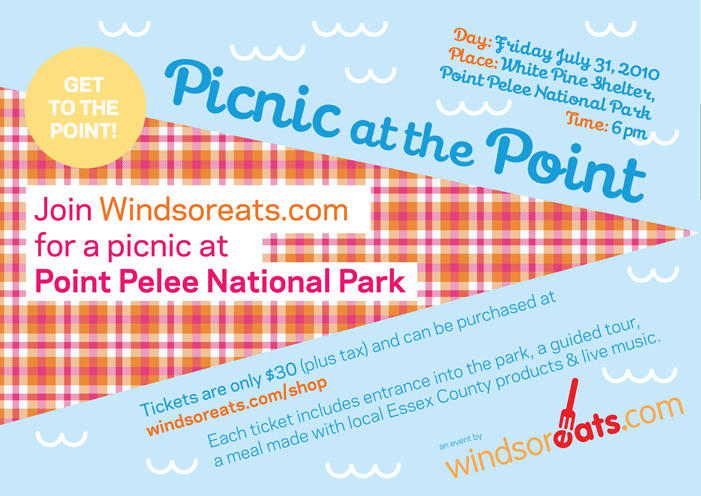 Join WindsorEats in celebrating both Food Day Canada and the 2nd arrival of the Bike Train to Windsor-Essex. Tickets are $30 and include an all local meal, a guided tour to the point and the sounds of some local musicians, Fiddle & Friends.

Eat Your City 2010 will be taking place promoting culinary scene in Windsor-Essex. This restaurant week, along with its sister event in January, Winter Bites, have really been gaining in popularity since they began in 2009.

Meals during the Eat Your City restaurant week go for either $10 or $15 for lunch and either $25 or $35 for dinner. Also, new for 2010, you can use your receipt with the Eat Your City meal on it to enter to win prizes! All you have to do is write your name, city and either a phone number or email address and put it into one of our EYC ballot boxes which will be at each participating restaurant.

WindsorEats, with the help of the Downtown Windsor Business Improvement Association, Chanoso’s Restaurant and Oishii Sushi Bar, is putting on a free outdoor film screening of the 1980’s cult classic, The Princess Bride.

This event is for singles, couples, families, everybody! There will be family friendly activities screening beginning at 6:30pm before the film which begins at 9:00pm.

There will be comedy acts on Friday, DJ sets on Saturday and a parade down Ouellette Ave. on Sunday. 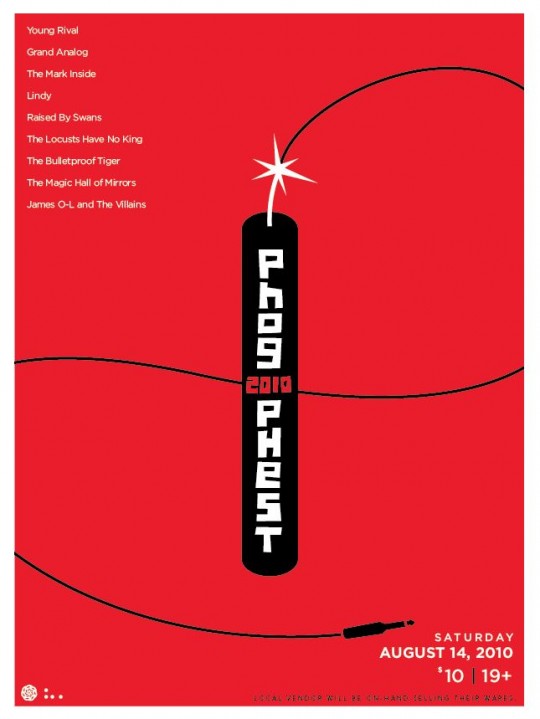 Phog Phest is a 19+ event although they welcome all those under 19 to get vantage points in the neighbourhood surrounding the lot so they can enjoy the music too.

August 14, 2010 – Olde Riverside Book & BBQ Fair
In an interesting combination of events, the Olde Riverside BIA will be hosting a BBQ Contest (entries to be judged by a panel of local celebrities) and Book Fair with the proceeds of the sale of used books going to charity. Clarol the Clown will be on hand as well as horse and carriage rides, face painting and fun for the whole famil.

August 14-15, 2010 – Southern Ontario Military Muster
The Southern Ontario Military Muster is a Living History event designed to bring to life the various eras of our military past with re-enactors from 1812 and earlier up to and including Canada’s present day military. There will be dozens of military vehicles and pieces of equipment. Tactical and weapons displays will lend an insight to what our forefathers experienced. Please visitwww.militarymuster.org and The Canadian Transportation Museum and Heritage Village for more information.

August 14-15, 2010, The Dodge Rodeo & Family Roundup
The Dodge Rodeo is coming to Windsor! The biggest bucking bronco’s and bulls will take center stage inside the WFCU Centre.

The Dodge Rodeo will be part of a weekend long event taking part inside and outside the WFCU Centre – turning the entire complex into a family fun zone. The weekend will feature two Dodge Rodeo performances including a Saturday evening 6:00pm performance and a Sunday 2:00pm matinee performance. Fans will be treated to a 2 ½ hour performance of the wildly popular Dodge Rodeo Tour featuring all of the exciting events of a traditional rodeo.

August 20-22, 2010, The Art of Eating Food & Wine Festival
The Art of Eating is a celebration of local wines, food and entertainment. Enjoy some of the best the Town of Tecumseh has to offer in this beautiful waterfront setting nestled on Lake St Clair.

Get on your bikes and ride…on an award winning winery tour, that is!

Take part in our Wine Trail Ride, selected as the Best Culinary Tourism Experience in Ontario, and visit 3 Lake Erie North Shore wineries while taking in the sights, sounds and tastes of Essex County.

If you don’t have your own bike, no worries. WindsorEats has bicycles you can rent, including a tandem bike for two! Also feel free to purchase a Cycle & Snore package and spend the night after the ride in the county.