Recipe: Making butter with a jar

You might think that making your own butter is a difficult task. You would be wrong. All you need is cream, a mason jar and a little bit of muscle. So easy. It’s a great activity to do with kids. 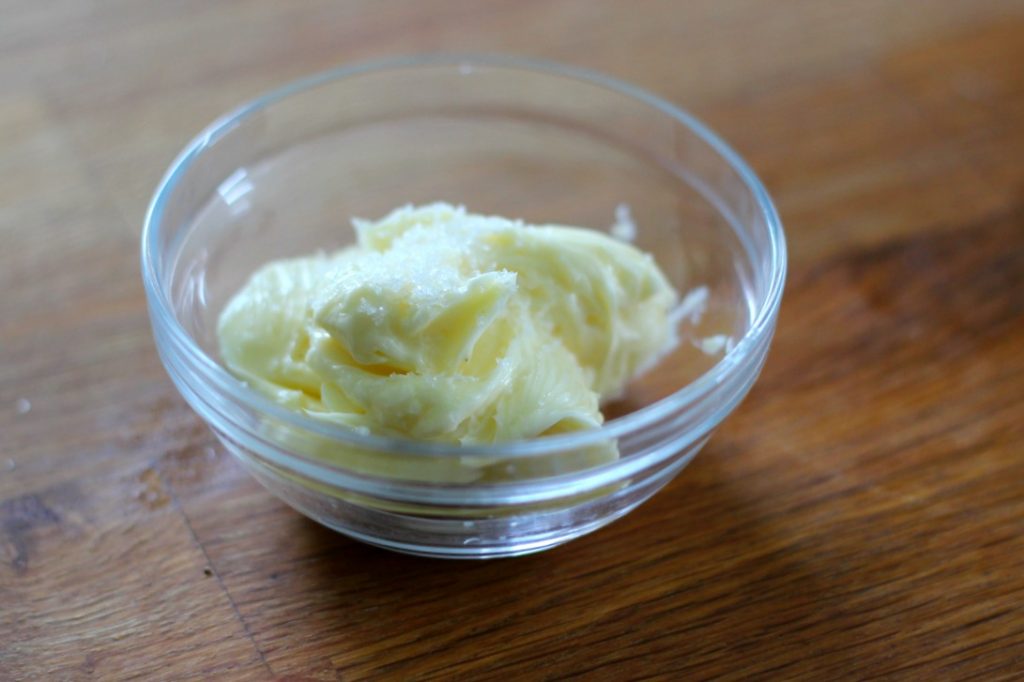 Since there are no preservatives, it will only keep for a few days. I only make it in small amounts so it never really lasts more than a week. It could be that it’s homemade but it just tastes creamier and lighter than store bought.

Now shake it like you mean it. Mine took about 20 minutes. You’ll hear the changes in the cream as it’s happening which is kinda cool. Once it starts to thicken and turn to whip cream, you’ll hear a dense sound. As the cream begins to separate, you’ll hear and see that as well.

Once the cream has separated, it will create buttermilk, which you will remove from the jar and discard. Scrape the butter into a bowl and rinse several times to remove any excess buttermilk.

Work the butter a bit but “kneading” it. I picked up a pair of paddles when visiting the Ballymaloe Cookery in Ireland a couple years ago because….well….who goes on vacation and not buy butter paddles? Do you need paddles? No. You can use a spoon or even knead it using your hands.

Add a bit of flaky salt for a salted version.

This isn’t meant to be kept for a long period of time as it doesn’t keep. So toast some bread, grill some corn and spread your homemade butter over it and enjoy!