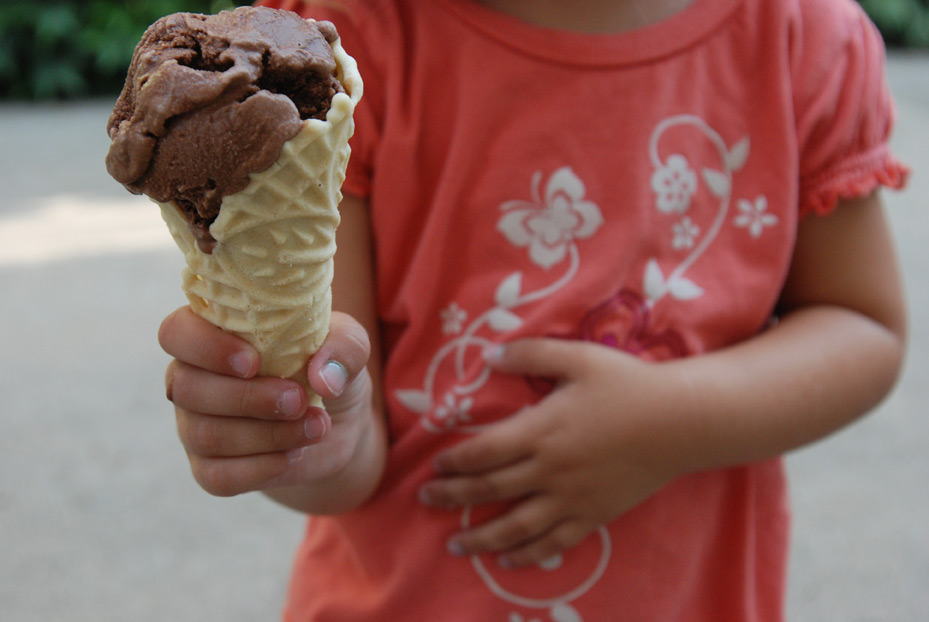 Ok, I know this isn’t Tuesday (oopsy!) but here we go with our Tasty Tuesday recipe. A few weeks back I bought an ice cream maker and well, I’ve been obsessed.  All I think about is what kind of ice cream should I make next!  The first batch was a custard based vanilla.  Awesome.  Next batch was strawberries and cream.  Outrageous.  Then it was chocolate.   Ridiculous.   There is something pure and simple about all of them that make them so good.

Normally, I like my ice cream vanilla and in a bowl.  Nothing fancy. But today we decided to switch things up a bit. I had made a batch of decadent chocolate ice cream and we needed cones to place them in.  So, I dug out the trusty ol’ pizzelle maker and made home made ice cream cones. 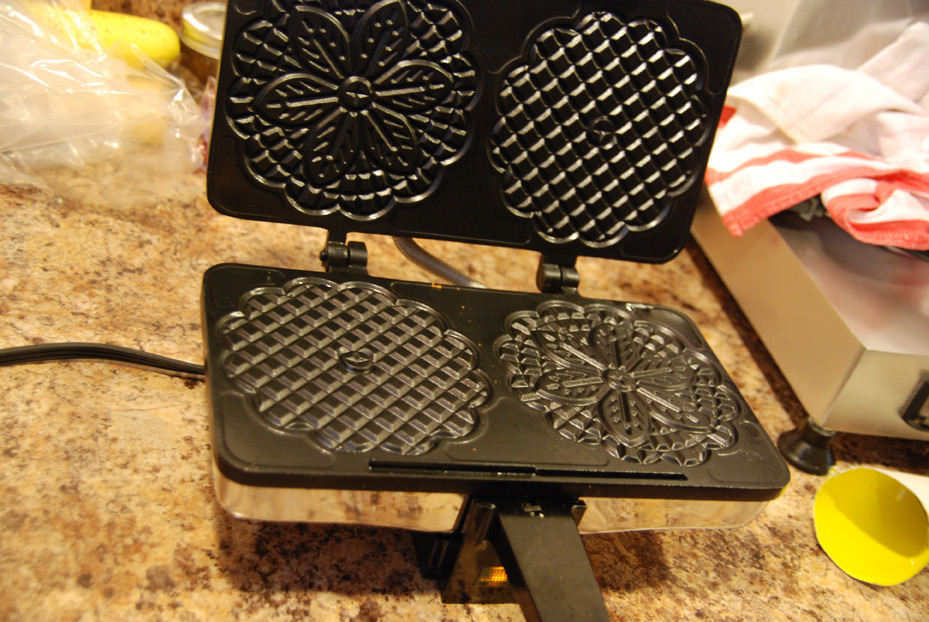 If you’ve never heard of pizzelle, they are an Italian treat.  Wafer thin cookies that normally make their appearance around Christmas time.

The story goes that pizzelle originated from the centre of Italy in ancient times to mark an annual celebration.  They were baked over an open fire with hot irons and usually embossed with a family crest.

Over time it became tradition to use pizzelles to celebrate any holiday or festive occasion, but inevitably they became a staple at Christmas and Easter. Today, the patterns are pretty generic and usually floral on one side a basket weave on the other.

Beat the eggs and sugar.  Add butter, vanilla and mix together.  Add flour, cinnamon and baking powder and mix.  The batter should be stiff. 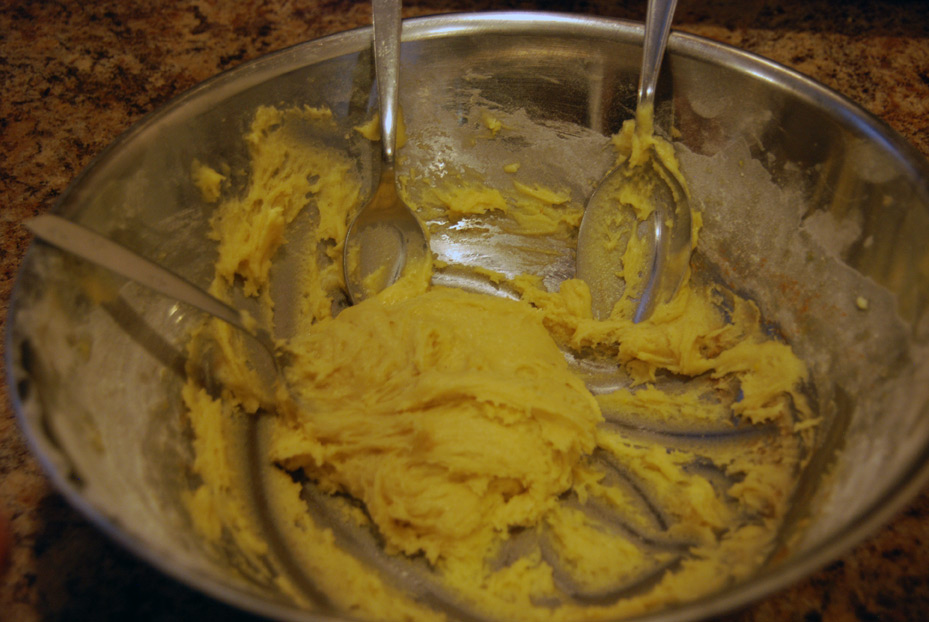 Place a teaspoonful of the batter onto the pizzelle maker and bake according to the manufacturer’s instructions.

When a nice light brown in colour, take the pizzelle off the iron.  While still hot, form the pizzelle into a cylinder. You’ll need to work quickly as the pizzelle are quick to cool. My sister, Rose, was crafty enough to make us a cylinder out of cardboard to shape the cones. 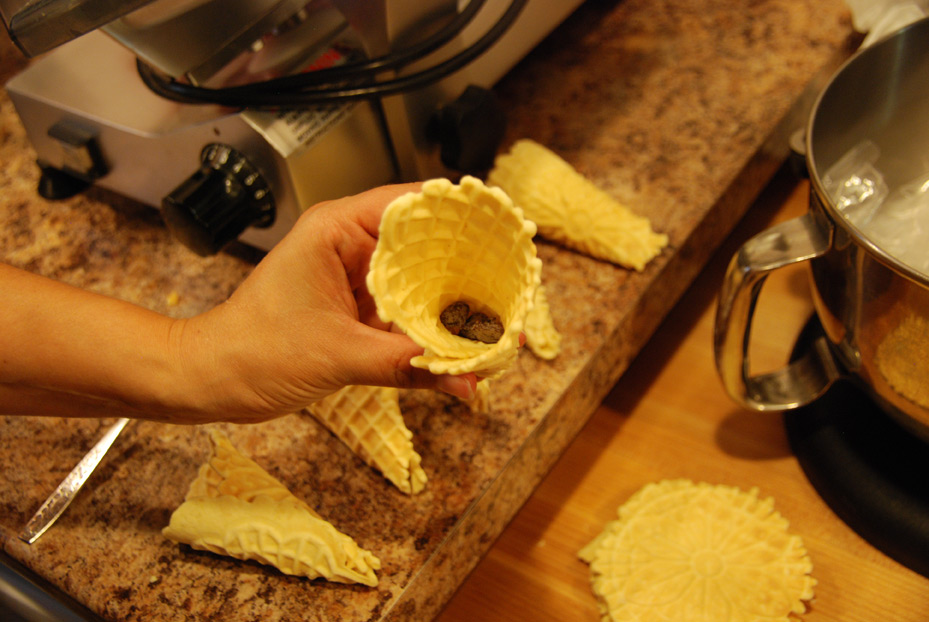 Not only can you make ice cream cones, but you can shape the warm pizzelle into mini-baskets or little cups that you can fill with virtually anything.