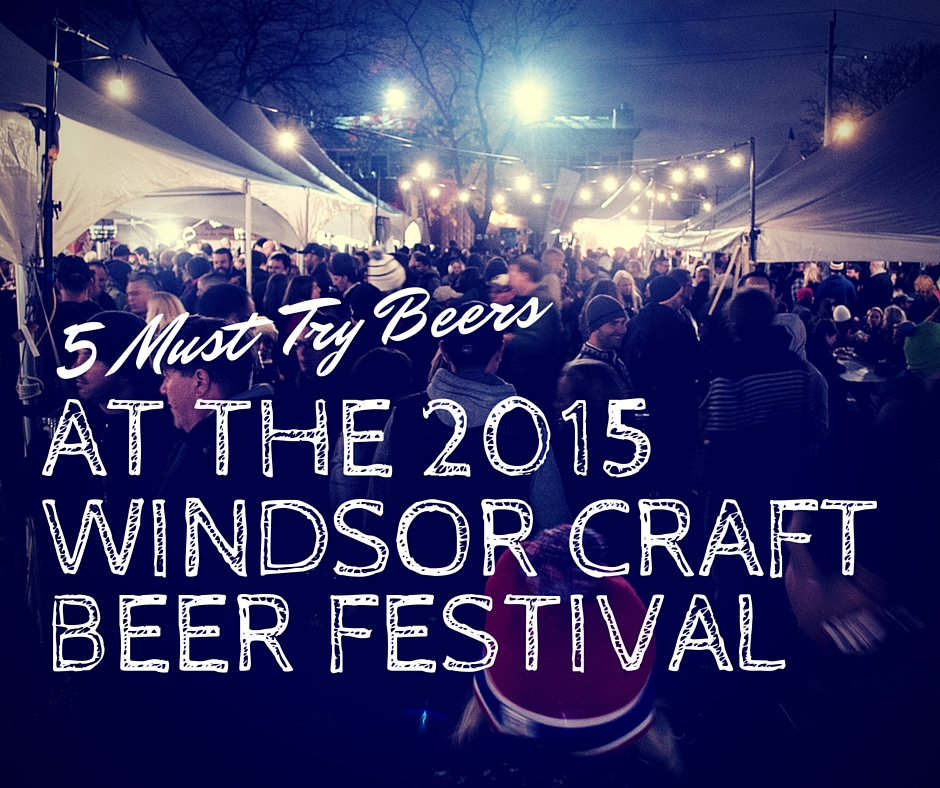 With the Windsor Craft Beer Festival less than a week away, we thought we’d put together our list of ‘Must Try’ beers that will be on tap during the October 16-17 celebration.

With 20 breweries and over 70 fantastic craft beers being represented, the choices were tough, but, here are 5 that we thought would be the most talked about throughout the weekend:

When it was announced that Atwater Brewery was coming over the river from Detroit, the first response out of most peoples mouths was, “Are they bringing their Vanilla Porter?!” The answer is yes. Yes they are.

According to Atwater Brewery:

Made with fine-roasted coffee beans and vanilla extract, this is one of the most admired beers Atwater offers. Unique and flavorful, with a chocolate malt finish, this beer is a perfect balance of complimentary ingredients.

A new beer from the always creative group at Motor Craft Ales, the Salt Shaker could be the only sour beer at the Windsor Craft Beer Festival this year.

An old German beer style from Leipzig, Gose is an unfiltered wheat beer made with 50% malted wheat, which creates a cloudy yellow colour and provides a refreshing crispness and twang. It is then soured with lactic acid making the taste resemble a tart lemon.

The great thing about the Windsor Craft Beer Festival is that if offers festival goers the opportunity to sample many different types of beer.

With 30 taps at their downtown Windsor facility, the new(ish) Craft Heads Brewing Company is constantly playing around with creative small batches for their customers. Enter their Turbulent Peanut Butter Chocolate Porter.

Yes, peanut butter flavoured beer is a real thing and it’s a must-try just for the uniqueness.

The Pompous Ass English Ale is the two-time Canadian Brewery of the Year’s take on English Pale Ale and is one of Great Lakes Brewery’s customer favourites. Throw it into a cask and oooooooooh weeeee it’s good.

Considering this will be Great Lakes’ first visit to a festival here in Windsor-Essex, we recommend arriving early to avoid the flocks of people making a mad dash to their booth.

Beau’s has built up a great reputation pumping out amazing beer after amazing beer. Brewed by Gigantic Brewing of Portland, Oregon, which are signed to the Beau’s B-Side Label spinoff, La Formidable is an American-Belgo IPA a hybrid beer style.

Take a look at our beer list for the 2015 Windsor Craft Beer Festival.
Which beer are you excited to try?