I looooove fall! And while we may have not had ideal fall weather there’s still a lot of harvesting going on. I’ve been a bit obsessed this past year with canning, preserving or freezing anything in season. Rhubarb, buberries, fish ( I loaded up on local fish on the last day of the Downtown Windsor Farmers Market) and now pumpkins.

Last year a co-worker brought in a batch of chocolate cupcakes that were so moist and delicious I thought they can’t be from a box. Well, he let me in on a little secret. Those sinfully good treats were from a box. Rather than using the standard ingredients called for on the box, he substituted with homemade pumpkin puree.

I know! It took a while to wrap my brain around that too! So this year pumpkin puree was on the list of foods to preserve. You’re not going to believe how ridiculously easy it is either.

Here’s what you’re going to need….ready for it? Pumpkin. That’s it. One ingredient.

Use the smaller pumpkins meant for baking. The larger the pumpkin, the more fibrous it gets. The pumpkins I used were from local producer Adamson Farms in Leamington.

Cut each in half and scoop out the seeds (definitely save these for toasting). 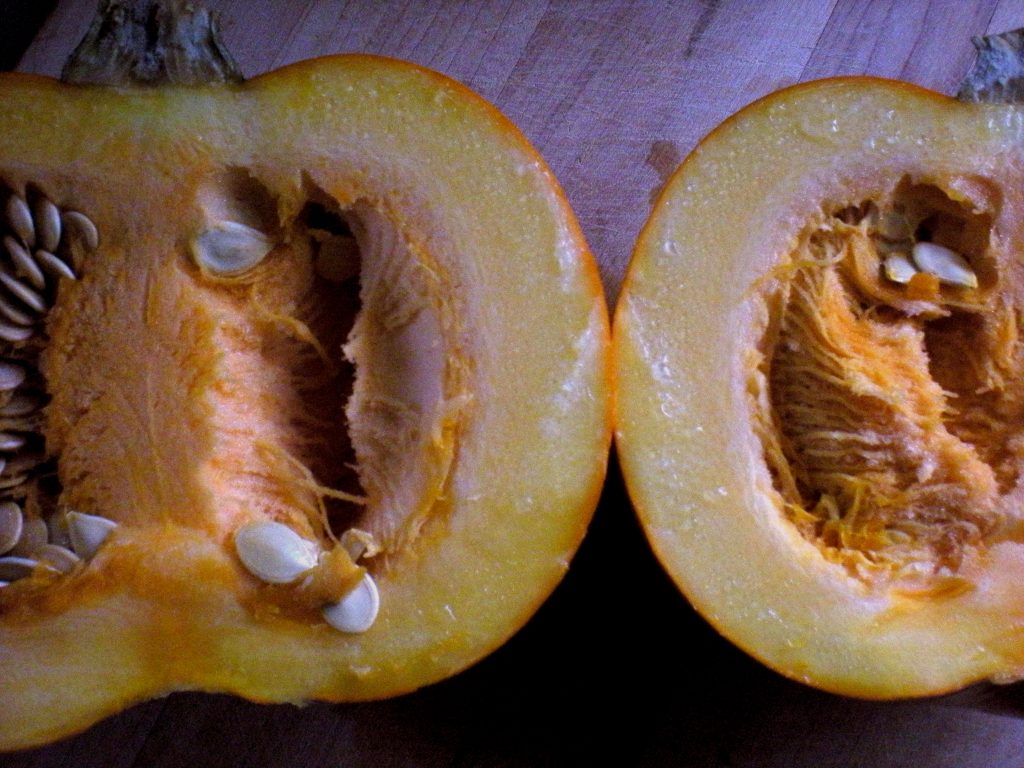 Line a baking sheet with foil or parchment paper and place the pumpkin cut side down. Place into an oven at 350F. Let them cook for about an hour. If you can easily pierce the flesh with a fork then it’s cooked.

Once they’ve cooled, scoop out each half and discard the tough outer skin into the compost.  Blend the pumpkin in a blender. 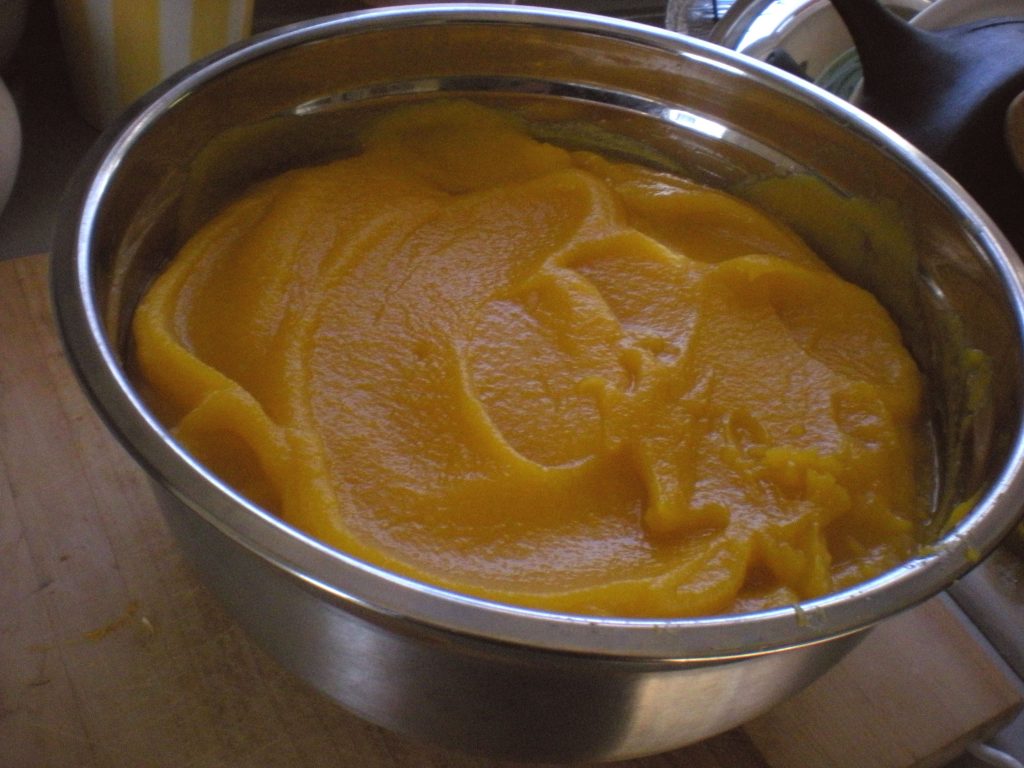 If you’re not going to use it right away or within the next few days, place the puree into freezer bags. The puree can be stored this way for up to 6 months. Canning is not recommended.

Voila! You now have a great puree that you can use for pies, cakes, cookies or any kind of cooking! 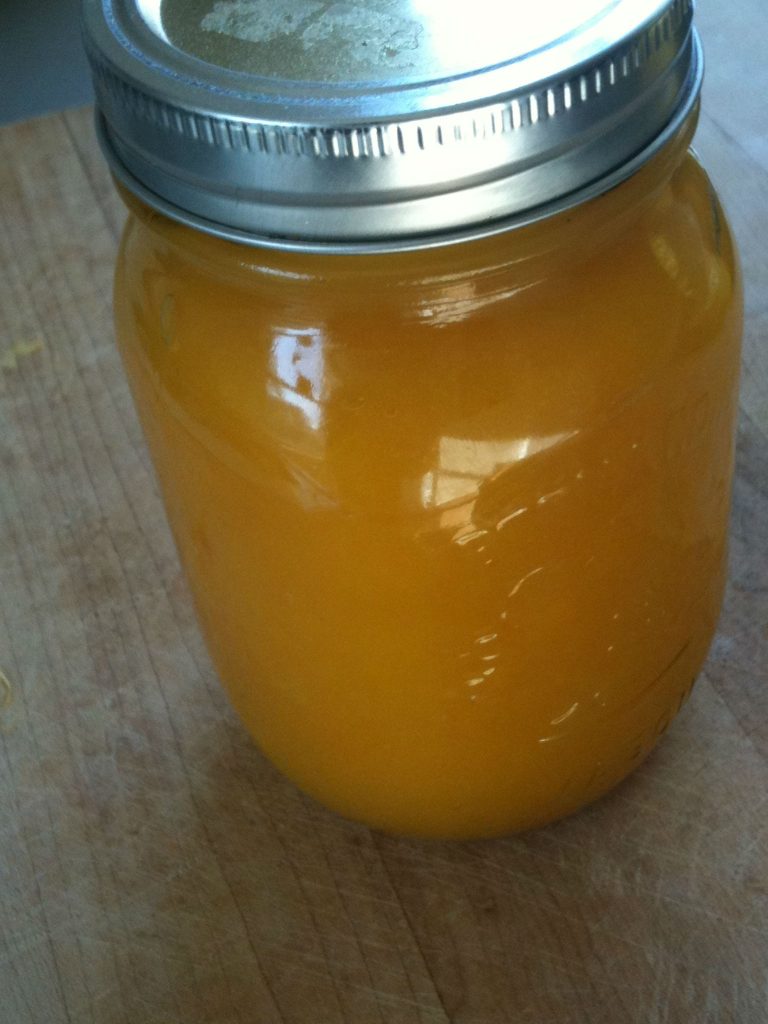 Don’t forget we have a great contest going on right now. Submit a recipe using local ingredients and you’ll have shot at winning a beautiful cookbook, The Ontario Table, and the opportunity to meet the author, Lynn Ogryzlo, at a great event!  It’s easy to enter and easy to win, so make sure you get your recipe in!  (Hey that rhymes!)